Small but perfectly formed in Blackrock for €850,000 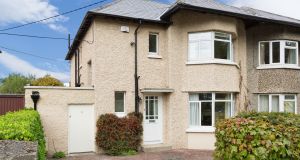 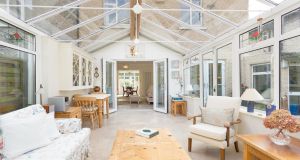 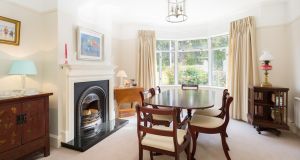 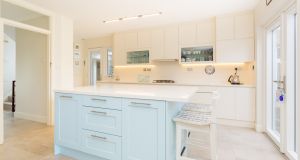 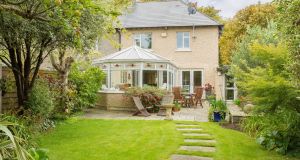 The open viewing at 9 Convent Road in Blackrock on Saturday morning saw a slow but steady stream of viewers with a predictable buyer profile for the upmarket south Dublin suburb. In a brief 20-minute period in the three-bed semi, there was the woman who told the agent slightly apologetically she “was just looking, for my daughter”; the older silent couple, maybe trading down, moving from room to room together, standing for a long time on the opposite side of the road looking at the exterior; a man who the agent at the door with the clipboard was on first-name terms with, as he’s obviously a long-time househunter – he asked about the square footage; a woman with a small baby who spent a lot of time in the garden (lovely, beautifully planted); and a young couple who seemed surprised by the size of bedrooms – small, it’s a 1930s house – with she mouthing to him the price, €850,000, (people are weirdly quiet at viewings) and he wide-eyed, shaking his head.

Number 9 Convent Road is in walk-in condition and unless the new owners decide to convert the attic – or extend to the side, both of which look possible – there’s nothing to do. Its owner did a significant upgrade two years ago, adding a large sunroom at the back, putting in a smart new kitchen, a woodburning stove, new radiators and decorating throughout.

There are some nice 1930s details such as the shoulder-level brass knobs on the upstairs doors. There are two double bedrooms and a single; the main bedroom has a shower cubicle hidden behind what looks like a wardrobe door, an arrangement which may or may not appeal to buyers. There is 150sq m of space, the rooms are bright and there’s a general sense of airiness about the house.

The semi-detached property is directly opposite a school which for some might be a bonus – if they have schoolgoing children – but for at least one viewer on Saturday it meant choc-a-bloc traffic twice a day in term-time. There is off-street parking for a couple of cars. Sherry FitzGerald is selling 9 Convent Road, Blackrock, for €850,000.

What is the best exercise for you?
7