Safe harbour on the Costa del Connemara from €200k 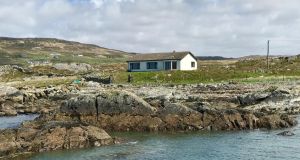 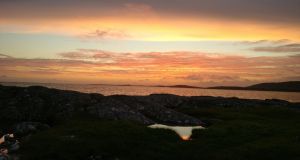 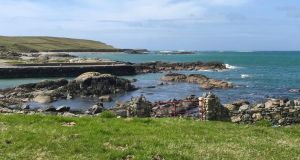 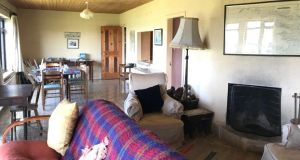 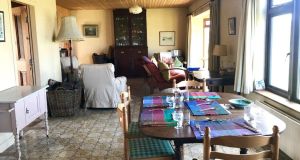 The market for holiday homes on the Costa del Connemara, which more or less collapsed in the recession, is picking up again, says Adrian Mangan of Sherry FitzGerald Mangan in Clifden, who’s handling the sale of a house overlooking the sea near Clifden, Co Galway.

Buyers for these houses are mainly in Dublin, he says, so that’s why he has decided to auction a 100sq m (1,076sq ft) three-bed at Boat Harbour, near the tip of the Errislannan Peninsula, in Leopardstown Pavilion in Dublin on June 20th, with an AMV (advised minimum value) of €200,000.

The house was a happy holiday home for Gorey, Co Wexford solicitor Dick Warren, his extended family and friends, says his niece Jessica Classon, who spent last Christmas there with her family. “He built it in the mid-1970s and it was the house he always wanted.”

Her uncle died in October 2017 and Jessica and her co-executor Adrian Haythornthwaite (Sherry FitzGerald’s man in Wexford) decided to sell it by auction “because it’s the best way to find out what someone is prepared to pay – seafront properties on the Errislannan Peninsula are as rare as hen’s teeth”.

The three-bed house on half an acre is located 6km from Clifden, at the end of the road that leads to the Alcock & Brown memorial on the Errislannan Peninsula. It’s secluded but not isolated, says Jessica. “Boat Harbour gets its name  from a beautiful old pier near the house and there are three houses at the pier.”

The house, facing west, was designed to take advantage of the sea and sunset views: the livingroom/diningroom – with a sunflower-patterned floor – kitchen and two of the three bedrooms all look onto the sea.

The house is comfortable if dated: it has an open fireplace, oil-fired central heating and a storage heater under a hatch between the kitchen and livingroom/diningroom, making it easy to heat both.

There’s space to extend/upgrade the property subject to the necessary planning permission. New owners will need to upgrade the septic tank, says Adrian Mangan, as well as the access road to the house from the public road by the shore. The house has its own well for water and mains electricity; wifi coverage is limited and could be upgraded.