Ranelagh three bed sunny side out for €1.195m 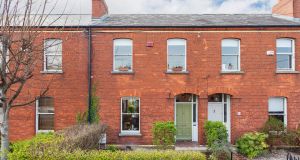 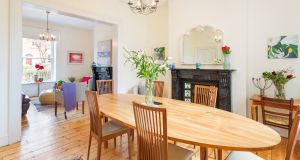 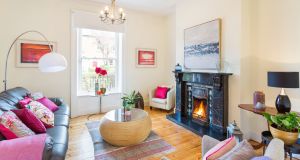 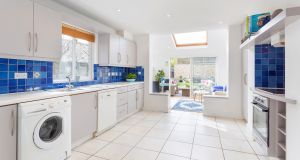 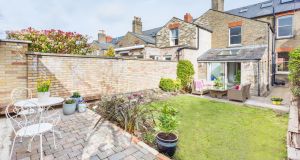 Number 41 Ashfield Road is on the sunny side of this popular Ranelagh street. The mid-terrace red-brick is light-filled and has been carefully upgraded. The Victorian hall has a wonderful ceiling arch and off it are two interconnecting rooms that make the space dual aspect.

These have a fine sense of symmetry thanks in part to the matching, period-style, black marble fireplaces, tiled inserts and raised slate hearths and polished original floors, that help create a lovely sense of balance while the rooms enjoy 3m-high ceilings. Underfoot are polished timber floors.

There is a large open-plan eat-in kitchen to the rear. This is the room that the next owner may wish to extend out into the return which enjoys a southern aspect,and lovely afternoon and evening sun.

The kitchen leads through to a sitting area, set into what was originally a lean-to. Here sliding doors open out to the garden which extends to about 7m. It was longer but a previous owner sold half the original garden to its neighbour and it has been converted into a carport. There is still pedestrian rear access which means bins can be kept at the rear.

On the return is the first of the property’s three double bedrooms. The family bathroom is also at this level.

There are two more doubles on the first floor with the main bedroom spanning the width of the house.

A spiral staircase leads up to a bright attic space that growing children will love and offers views across the rooftops.

The road has recorded some strong prices in recent times. Number 7, a three-bed property of 149sq m/1,604sq ft on the same side of the street, sold for €1.11 million in January 2018 on an asking price of €1.1 million. Across the street number 14, a similar sized property to number 7 with an east-facing garden, came to market seeking €1.15 million and sold for €1.2 million while number 24, which had been laid out in flats and needed modernisation, sold for €950,000, according to the property price register.

Has fairytale Kerry castle found a buyer at last?
2