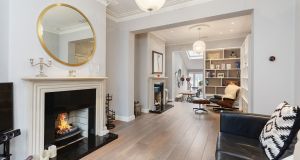 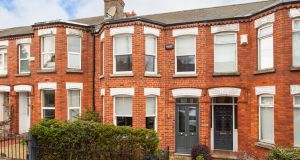 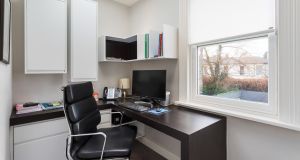 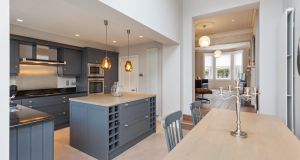 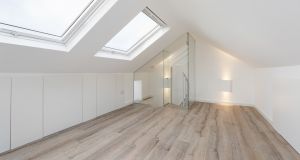 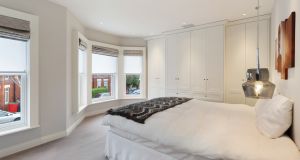 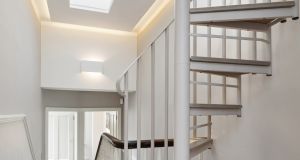 Dublin’s suburbs are not short of neat redbrick terraces; period houses with bay windows, railinged front gardens and compact rear ones, all very similar in style and appearance.

For these style of houses – perhaps more than most others in the city – it’s the location that is the prime driver of price. The redbrick terrace houses on Hollybank Avenue Lower, a quiet cul-de-sac off Sandford Road, within a short stroll of Ranelagh village and the city centre, come to the market with strong price tags and tend to sell quickly even when requiring work.

It comes to the market fully renovated – including new windows and upgraded insulation – and was recently extended by its current owner, a busy professional who went for a simple spare look throughout, even in the small west-facing rear garden which has been landscaped for minimal maintenance.

The two reception rooms interconnect, the opening large enough to allow them work as one big room. Both have replacement fireplaces, and new wooden flooring has been laid throughout over underfloor heating.

The back room opens directly – down a couple of steps – into the kitchen. Originally a narrow room but pushed out to the width of the house with painted units on one side, dining area on the other, the space is divided by an island with large rooflights and a glazed rear door to the garden.

There are three bedrooms, the first of which is in the return alongside the shower room. Here it has been used as a home office but in other houses on the street, particularly those owned by downsizers who don’t need a third bedroom, it has been knocked through to create a bigger bathroom.

The largest bedroom is to the front spanning the width of the house and so has two windows including the bay. The back bedroom is also a double. A spiral staircase on the landing leads to the attic conversion where there’s an additional 18sq m of space.