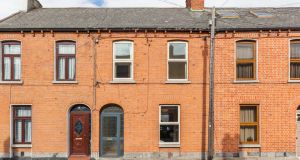 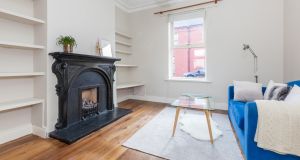 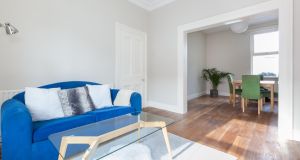 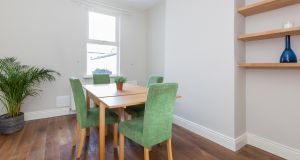 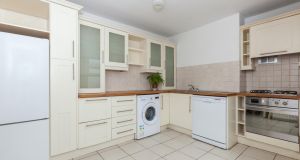 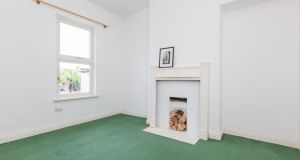 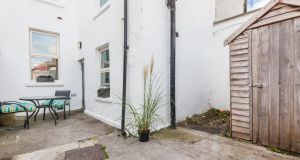 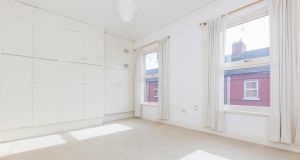 When broadcast journalist Flor MacCarthy moved into 64 St Mary’s Road in 2001, she had just started dating the man who would become her husband.

They had met a year earlier while working in the RTÉ newsroom on New Year’s Eve 1999. A kindly editor let them off early and they repaired to Smith’s on Haddington Road.

That man was Paul Cunningham, who is now RTÉ news and current affairs Europe correspondent. Back then he had just moved into East Wall with his sister.

Flor moved into the neighbourhood about a year later when she bought a mid-terrace redbrick of 99sq m/1,073sq ft. She added a new kitchen and smart oak floors and, needing a housemate, shared with Tony Connelly, now RTÉ’s Europe editor. He was a brilliant cook, she says, fondly recalling his blue cheese and asparagus risotto.

When Cunningham later moved it became a bijou broadcasting house with three desks installed in the diningroom – two of these doubling as a dining table in those early days. The livingroom and diningroom interconnect and have decent ceiling heights of 9.5ft.

War stories were exchanged in the small livingroom, in front of the open fire. MacCarthy recalls being pregnant and waving Cunningham off in a taxi to report on the invasion of Afghanistan, and wondering what she’d tell the child if anything happened. Sometimes there was no communication for days and she’d have to content herself with catching him on the nine o’clock news.

An ISDN line was essential as all three were reporting daily into RTÉ’s flagship radio show Morning Ireland, among others. When baby Isabelle arrived, one or other housemate was charged with spiriting her away upstairs while another did their live report into Morning Ireland. There were definitely squalls in the background of some of those reports, she recalls, laughing.

Upstairs, there are two good-sized doubles; the main bedroom spans the width of the house. The family bathroom is situated on the return.

The house has a good attic, too; many neighbours have already converted theirs into either an ensuite bedroom or a study. From the kitchen, to the rear, there is access to the yard.

Connelly moved to Brussels early on in their tenure and the couple, now parents to two children, moved out, very reluctantly, to Dún Laoghaire to be closer to family.

The property is seeking €350,000 through agent Gallagher Quigley.