Family home with two private beaches in Blackrock for €1.4m 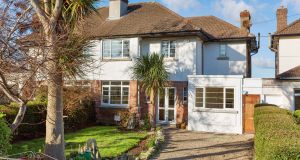 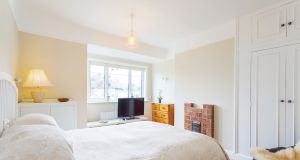 One of the double bedrooms. 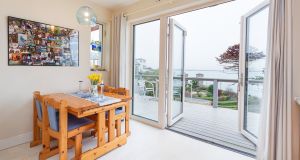 The view from the dining area. 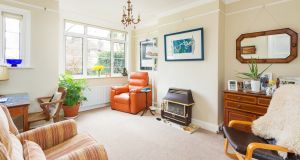 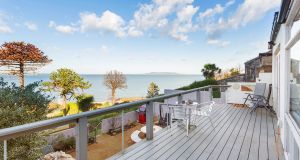 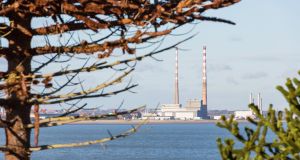 The view from the kitchen.

Number 2 Maretimo Gardens East has been home to Carmel O’Sullivan since she was 20 months old. “I still have the letter Dad wrote to my mum in 1957 sharing the great news that he had bought the house,” says O’Sullivan. After returning from a  lifetime spent in Oslo, O’Sullivan moved back into her family home in 2012, and has fond childhood memories of growing up so close to the sea.

“It was an amazing place to grow up, we spent all our time down at the water between the two beaches and Dad would call us with a whistle while Mum used a bell to beckon us for tea.”

Once inside the kitchen, the real selling point of this house becomes apparent; the views are simply outstanding, and stretch all the way across Dublin Bay from Howth to the Poolbeg Chimney Stacks.

The rear gardens – set over six tiers – roll all the way down to a gate which opens to a private lane onto a gated beach. There is further private access – shared with the houses here and Maretimo Gardens West – to another beach.

It is so quiet “it really brings you right back to the order of life and particularly in stormy weather when the waves are breaking over the sea wall. You can time your life by the ferries – if the 8.20 is passing the Poolbeg Lighthouse you know you are late for work,” says O’Sullivan.

The property, dating from 1937 and extending to 160sq m (1,722sq ft), has four bedrooms with an option of a fifth, which is currently used as a study.

The potential to extend the rear – and amalgamate the kitchen and an old conservatory – is what will really attract buyers. While it is subject to planning permission, the gardens have plenty of space to expand the footprint of the property.

Inside there are two reception rooms at hall level with a small conservatory “that Dad built for his retirement so he could sit and watch the sunsets” adjacent to the kitchen.

Upstairs are four bedrooms. The principal has a balcony, albeit in need of safety railings, that offers even better views than those at ground level.

An additional bedroom, in what was originally a garage, lies on the ground floor and benefits from having its own entrance.

As with the majority of houses in Maretimo Gardens, these tend to be family homes for an entire generation and now number 2 is seeking a new family. The house is for sale through Savills with an asking price of €1.4 million.

Easy soda bread for the ultimate cheese on toast
10