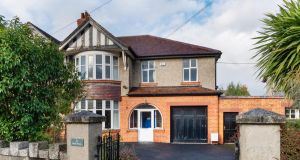 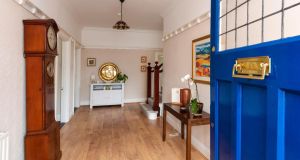 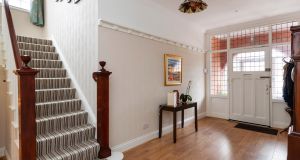 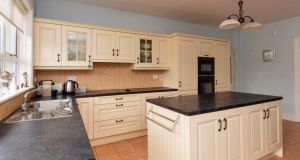 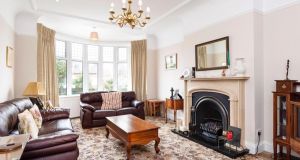 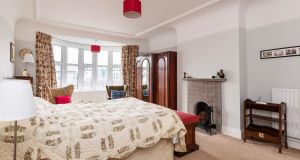 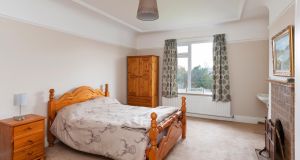 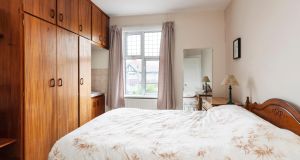 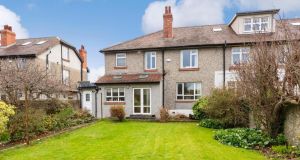 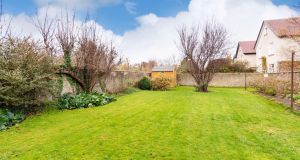 The TV schedules are awash with property-renovation programmes, including RTÉ’s Room to Improve, which continues to be a ratings smash, and its Home of the Year, which returns to our screens next month, showcasing homeowners’ decorative flair. In the real world, family-home-hunters are pulling back on big refurbishments because they are deterred by the soaring costs of overhauling a house. Instead they are taking the more pragmatic approach of buying somewhere that they can live in for now and renovate at a later stage, when they know what they want to do with it, says Pat Mullery, partner at DNG Terenure.

He’s selling one such property, 61 Rathdown Park, for €1.295 million. It is a five-bed, pre-war, Stringer-built home which sits on the edge of Bushy Park and within a five minute walk of primary and secondary schools.

The bay-fronted house has fine proportions, starting with an enclosed porch and leaded-glass door and side panels. It opens into a roomy hall, with the stairs discreetly out of view, and a lovely arts-and-crafts-style picture rail, although sadly the floor is laminate instead of the original timber boards.

The property retains its original five-panel internal doors, all with brass door knobs.

The reception rooms, to the left, interconnect, thanks to panelled sliding pocket doors that transform the space to a dual-aspect room running the depth of the property. The windows of the house (which has an E1 BER rating) were upgraded to uPVC about 10 years ago. The original timber fireplaces have been replaced, with the one in the livingroom now featuring a stone surround and gas-fired insert.

The kitchen is to the rear, down a step, and has simple units, including an island, with laminated counters. There is plenty of room for a decent size dining table. There is also direct access to the garden. This large green space, set out in lawn, has a northwesterly aspect but at about 22m (75ft) by about 10.5m (35ft) wide it is big enough to take the sun all day.

Back indoors there is a windowed guest toilet under the stairs that looks into the garage – a space crying out for conversion. Several homes on the road have already done this. There is also a covered side passage.

Upstairs there are five bedrooms, three good sized doubles, a large single and a small single. The master has a bay window and tiled fire surround.

The house measures a sizeable 233sq m (2,513sq ft) but there is scope to further extend up into the attic.

Across the road, Mullery sold number 42 in September 2017 for €1.35 million, according to the property price register. Now the builders are in full swing over there. It’s likely the buyer of number 61 will eventually follow a similar route.