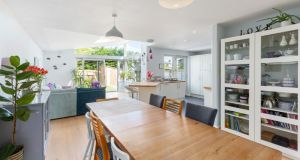 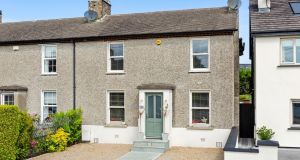 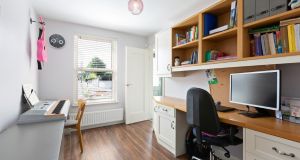 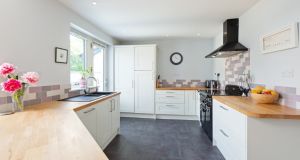 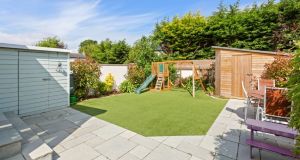 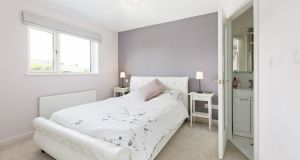 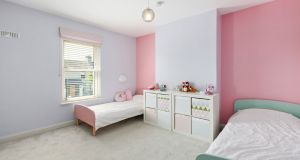 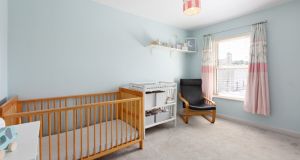 St Fintan’s Villas is a mature estate situated opposite Deansgrange Cemetery and built in 1936. Originally the houses were mainly two- or three-up, two- down semis set on decent sites with good front and rear gardens. This, combined with the location and a large green to the rear of the estate, has seen young families move in and extend up and out.

Number 4 is one such property. Now a three- to four-bed semi, the double-fronted house extends to 170sq m (1,829sq ft) of space with room for every family member. It didn’t look like it does now when it was bought for €191,500, according to the property price register, in 2013 by its carpenter-turned-builder owner, Mark Faulkner of Faulkner Property Services.

It was a receivership sale and the extension works had started, but there were only four windows in place to the front of the house, Faulkner recalls. He spent six months rethinking it to give the property a livingroom with a solid fuel stove set into a simple surround, an office-cum-music room across the hall, and a huge, open-plan kitchen-living-dining area that’s also accessible from the livingroom via glazed double doors. The living area gets lovely morning light and opens out to a decent-sized rear, laid out in artificial lawn.

While north-facing to the rear, the garden gets both east and western light as the dividing walls between the properties are low-set.

In the space under the stairs a small utility room has been hived out where the washer and drier are stacked in a corner and which leads through to a windowed guest toilet.

Upstairs there are three bedrooms – two really good doubles to the front, each with recessed wardrobes sitting flush with the wall. The main bedroom extends the width of the house and has been designed so that you could subdivide it into two rooms. It has a windowed shower ensuite and a large dressing area with a wall of wardrobes. The family bathroom and stairwell are both lit by large skylights.

Number 4 is seeking €595,000 through agent DNG. Faulkner and his family love the area and he is refurbishing their next home, a property just up the road that will extend to 240sq m.