Is now the time to buy a holiday home?

There’s nothing like a blast of sunshine to make us dream about buying a seaside retreat or bolt-hole in the countryside. And though sales – and prices – are on the up again, making the dream a reality might just be an affordable proposition 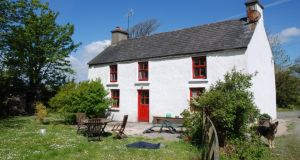 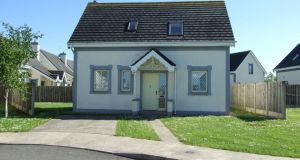 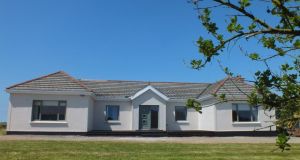 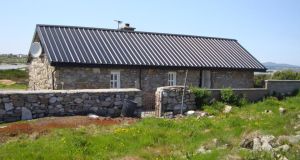 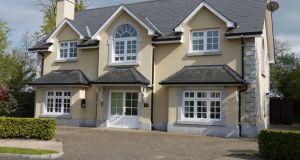 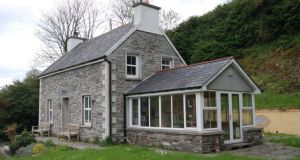 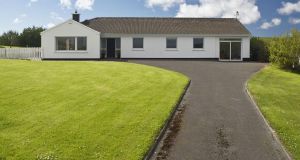 A spell of good weather invariably sets minds drifting to the possibility of owning, rather than renting, a holiday home. And anecdotal evidence is pointing to the first pick-up in the market for some years, albeit from a very low base.

With cash on deposit earning so little due to record low interest rates, and a boost in Dublin prices offering homeowners based in the capital a comforting rise in equity in their principal homes, it seems that more people are taking the plunge.

Typically, it’s Irish families from nearby towns or the larger urban areas that are looking to purchase by the sea, with ex-pats also featuring.

So, what can a prospective coastal bolt-hole buyer now expect to pay for a modest holiday home?

While there may be more activity in holiday homes in Connemara this year, prices have not yet started to recover.

According to Sinead O’Sullivan of Matt O’Sullivan Auctioneers in Clifden, property prices have fallen by between 50-70 per cent in Connemara, and by 70 per cent “in most cases”.

“The stronger the view, the more it will have kept its value,” she says.

As with elsewhere, O’Sullivan notes that, “most of the buyers are Irish, or Irish abroad, with some from the UK”.

Traditional cottages, on the market for between €90,000 and €100,000 and needing work, are still popular, and it’s mostly private sales in the area, with the odd bank sale.

Recently a two-bed apartment in Clifden town went on the market at €60,000 but, according to O’Sullivan, interest from nine bidders pushed the sale price up to €90,000. Elsewhere, two two-bed apartments on Market Lane in Clifden recently sold for €50,000 and €44,000 apiece.

“There are always bargains. People should inquire if they see something they like. You never know,” advises O’Sulllivan.

Just 30 minutes from south Dublin, Brittas Bay has long been a popular spot with holidaymakers from the capital. Catherine O’Reilly of Sherry FitzGerald in Wicklow town says there has been “more interest in holiday homes” from Dublin buyers this year.

Mobile homes are also still popular. At Potters Point, for example, you can get a four-bedroom mobile home, with direct access to the beach, for €85,000 (on a 24-year lease).

Further down the coast in Wexford, a recovery in Dublin house prices is fuelling an upturn in activity, as buyers put their cash saving into a second property. Colum Murphy of Kehoe & Associates has sold more holiday homes this year than in the previous two years combined.

Areas in demand include Rosslare Strand and Curracloe but prices have yet to move off the bottom, with typical holiday homes starting from about €90,000, as opposed to the high of more than €200,000.

“I would say we’re just on the turn of prices. This year there will likely be a low single-digit growth in prices,” says Murphy.

Earlier this year a three-bedroom semi-detached house a “short stroll” from the beach in the Seabury development sold for €135,800, just short of its €145,000 asking price, while a three-bed house in Southfields sold for €95,000.

There is an abundance of holiday properties in the Leitrim/ Roscommon/Cavan region, thanks to the construction of Section 23 properties from Carrick-on-Shannon to Belturbet and Ballyconnell.

According to Cavan-based auctioneer Declan Woods, “quite a bit is now coming back to the market”, with receivership sales driving some activity.

Overall, prices in the region plummeted by about 65 per cent, but the decline has been greater for tax-based Section 23 developments. And there is no sign of a recovery yet. “Apartments that could have cost upwards of €185,000 now would struggle to achieve more than €30,000,” says Woods.

He adds that buyers are more informed now, and no longer willing to buy properties with poor rental potential, just for the tax breaks. They are looking for a weekend or summer bolt-hole for their own use.

“People who have money on deposit, and are relatively stable financially, are starting to come down and look at properties, from a holiday home perspective, at between €30,000 and €50,000,” he says. And even in that low price bracket, properties can be found.

A four-bed house in the Foalies Bridge development in Belturbet sold this year for €92,000, while in the nearby Belerne River Village development, three-bed detached houses have been selling for as little as €40,000.

In Lahinch, Siobhan Costelloe of Costelloe Estate Agents, Ennis, has noticed an “upsurge in all price categories” of late, and even notes a “very unusual” shortage of properties. “There is a lot of local interest, such as Ennis families buying holiday homes,” she says.

A property in the popular surf resort will now set you back between €75,000 and €450,000. A high spec four-bedroom property has just come on the market through Sherry FitzGerald McMahon in the Ballyellery development near the beach and golf club, for example, asking €290,000.

A three-bedroom apartment overlooking O’Looney’s Pub and the sea in The Dell complex recently sold for €72,000, while a detached luxury four-bed property with sea views sold for €400,000 in June, having gone on the market in June 2011 asking €625,000.

In nearby Kilkee, activity is brisk, with 12 sales in June alone, according to the price register – considerably more than the five June sales in Rosslare, for example. Apartments in the Spanish Cove complex overlooking the bay were particularly popular, with eight sales this year, ranging in price from €38,000 to €98,000.

Traditionally this region was popular with French and German visitors, but Maeve McCarthy of Charles McCarthy Estate Agents in Skibbereen notes that there are now “very few continental buyers” in the region.

Nonetheless, about 65 per cent of buyers in west Cork are international, and with sterling getting stronger, she has noticed more inquiries from the UK. Many are from Irish people living abroad.

“Some are based in Hong Kong or Singapore, but mainly London. They want a base in Ireland, so they buy a house in west Cork with a view to retiring here,” she says, noting that interest is strong across areas such as Baltimore, Glandore, Schull and Union Hall.

“A lot of it [the price of property] is in relation to location and coastal access. The closer to the coast the more expensive it gets,” McCarthy says.

Some 90 per cent of McCarthy’s business is from cash buyers, and it’s a “mixed bag of sellers. Some people are distressed, but other people want to make a lifestyle choice and in order to do it they realise that they will have to sell their house,” she says.

Over in Kerry, Anthony Fitzerald of West Kerry Properties has noticed a marginal increase in prices, and a “slight improvement in activity.

“There are certainly a lot more viewings,” he says, noting that a correctly-priced property will take a few months to sell.

“If the price is on the optimistic side, it could take longer.”

Vendors, however, are “being realistic” when it comes to setting asking prices, and he says that there are still “a fair amount of properties being sold for less than the cost of construction”.

A typical three-bedroom holiday home will set you back between €150,000 and €250,000, although Fitzgerald notes that the market for bargains “seems to be drying up”.

“Anything that you have now for under €100,000 needs a bit of work,” he says, adding that properties are typically selling for around the asking price. It’s “predominantely Irish” who are buying a second home in the area.

An apartment in The Hideaways development in Glenbeigh recently sold for €60,000, while a three-bedroom terraced house, also in Glenbeigh, sold for €160,000.

The once heady market for properties attached to a golf course has all but disappeared.

In Kildare’s K Club, prices are still well shy of the €1 million-plus sought when residential properties were first launched at the resort. A four- bedroom detached house sold for €560,000 last December, short of its €650,000 asking price, while two-bed apartments in the development are selling for around €250,000.

In The Heritage in Killenard, Co Laois, a four-bed detached luxury property attached to the Seve Ballesteros golf course sold in May for €560,000 – however it had been put on the market at €800,000. A four-bed terraced house in the same development sold for €149,000.

Over in Doonbeg, the impact of the arrival of the Trump name is as yet unclear, but a suite in the golf club, which is let and generates an income for the owner, recently sold for €225,000.