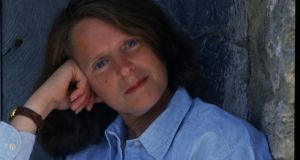 Mention the Welsh-born writer and author Anna Pavord’s name to any book-loving gardener and almost inevitably they will say “Ahh, the tulip lady”. Published in 1999, The Tulip is an artful fusion of horticulture and history which tells the story of how the humble bulbous plant became one of the world’s best-loved flowers. It swiftly became an international bestseller that catapulted its author into the ranks of literary stardom.

Exquisitely written, rich in fascinating detail and horticultural curiosities, and exhaustively researched, it typifies the great craft that Pavord, The Independent (UK) gardening correspondent since 1986, brings to her writing. Yet she never expected the book to be published. “Never. But I was completely obsessed by the subject, and had so many questions to which I had to find the answers.”

Pavord’s lengthy research for the book led her to some strange and amazing places, not least the Tian Shan Mountains of Kazakhstan, a visit that she made just after the fall of communism. “We stayed in a small village as the guests of an ex-professor, the former head of a research station. Every day we’d head off on horseback into the mountains, where I saw sheets of wild tulips, irises, fritillaries. Once I came across a pile of steaming bear dung just aside a cave, lying next to a swathe of rare Fritillaria sewerzowii, in full and beautiful flower and growing as abundantly as nettles. Extraordinary.”

One of Britain’s best-loved garden writers, Pavord grew up in “the wild border country between Wales and England”, the daughter of keen gardeners who were “always bottom-up in the borders”. Although she’s written in the past that she herself hated gardening as a child and could never quite see the point of it, I suspect that this isn’t entirely true. Certainly, by the time she was a young mother living on a sailing barge tethered to the banks of the Thames, she was already gardening – or at least trying to garden – despite the daytrippers who insouciantly picked the daffodils she’d planted, and the violent winter floods that swept away her flag irises.

Later, the family moved to a small cottage in West Sussex “and my first proper garden”, where Pavord began to properly hone her horticultural skills and her talent for observation. After that came a crumbling, roofless rectory in Dorset, and the restoration of a large garden so overgrown that when Pavord finally succeeded in hacking her way through the dense wilderness to reach an upper terrace, a startled neighbour told her that she was the first person that he’d seen standing there in decades.

Thames sailing barges, roofless rectories, visits to the wilds of Kazakhstan, near-brushes with wild bears . . . would she agree that there’s something of a common theme? She laughs. “You could say that I belong to the hippy generation that grew up in post-war Britain and lived through the grimness of the 1950s. And then along came the Sixties, and everything suddenly was so exciting.”

Whatever about an early love of gardening, she agrees that she has always loved books, and writing. “It’s a Welsh thing, just as it is an Irish thing. Words are what we like; they allow us to conjure up another world, to weave in metaphors and similes, to transport the reader elsewhere.”

Her weekly column for The Independent is, she says, “a tremendously good discipline, one where writing and gardening go hand in hand, with each one seeding the other. What’s always interested me in particular is how gardens and gardening fit within people’s lives.”

As for her many gardening books, The Tulip may be the one she’s best known for, but it’s The Naming of Names (a history of botanical taxonomy published in 2005) of which Pavord is most proud. “It was the most difficult and most complex to write, stretching across a period of history that starts with Theophrastus and ends with the beginning of the 19th century.”

In 2003 she and her husband left the Queen Anne rectory (by now no longer crumbling but beautifully restored) to move to her current home, “a little hovel” of a farmhouse in an isolated Dorset valley just a few miles away. It came with an acre-and-a-half of gardens, and a further 18-acres of unimproved pasture so rich in wildflowers that it’s since been earmarked as an SNCI (site of nature conservation interest) .

Pavord, who comes from Welsh farming stock, has found herself intrigued by the farm’s fields, boundaries and hedgerows, and the history of their usage. And the new garden? “It’s on a very steep slope, so for the first few years, we gardened mainly with a JCB, carving out numerous banks and terraces.”

Does she still grow tulips? Of course. As it turns out, the soil in her new Devon garden – Pavord describes it as thin, slightly acidic, rich in nutrients and very free draining, and is known locally as ‘greensand’ – has proved perfect for growing these loveliest of flowering bulbs. In particular, she prizes the perennial species types that naturalise freely. “Tulipa sylvestris, the whittallii and batalini groups, the gorgeous ‘Little Princess’ with flowers that are brilliant magenta with a blue bottom.”

‘The tulip lady’ also admits to a more recent obsession with species magnolias. “Long after I’m dead and the garden has turned back into a wilderness, I like to think that someone will come along to hack their way through the overgrowth, and then stop to wonder who the hell it was that planted all those magnolias!”

Anna Pavord will be speaking at Hardymount Gardens, Tullow, Co Carlow, on Tuesday, July 28th (3pm, admission €10, including afternoon tea), as part of the annual Carlow Garden Festival which kicks off today and continues until Monday, August 3rd (see carlowgardentrail.com)

THIS WEEK IN THE GARDEN…

Continue to regularly liquid-feed tomato plants, as well as tying-in new growth, removing any dead/damaged/diseased leaves, and nipping out any young side shoots on cordon/indeterminate types. In particular, continue to regularly water plants to avoid the condition known as ‘blossom end rot’, where the base of the fruit is marked by dark, sunken blotches.

If your garden is already sinking into its late summer doldrums, then make a written note of any gaps and consider how you might add some late summer/early autumn colour for next year. Ideally about one-third of the space of any mixed border should be dedicated to late-flowering perennials; suitable candidates include heleniums, rudbeckias, crocosmias, asters and dahlias. Not only will they liven up the garden with their fresh foliage and jewel-coloured flowers, but these late-summer bloomers will also do a great job of hiding the tatty foliage/ gaps left by early-summer flowering plants.

If you grow espalier/cordon/ fan-trained apple or pear trees, then now’s the time to summer-prune them. Not only does this keep them shapely but it also encourages the production of a generous crop of fruit next year. Use a sharp secateurs to cut back shoots from the main branches to three leaves above the basal cluster of leaves. Cut back those arising from spurs to one leaf above the spur. For further details, see rhs.co.uk

Are we really facing the death of the office?
3