The bottom line for topsoil: value its benefits before it’s dug to death 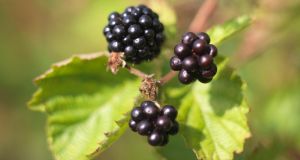 Finish pruning summer-fruiting blackberries to encourage them to grow new canes next spring. 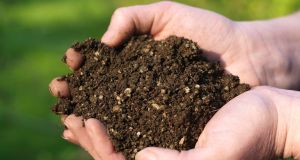 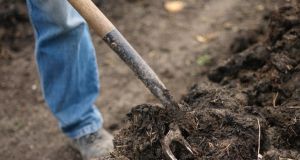 Some experts predict that in less than 60 years, the world’s stores of topsoil will have run out. 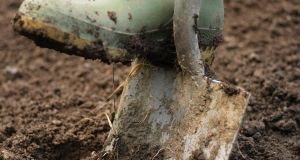 Digging only when strictly necessary can help to preserve the soil.

Did you know that “dirt” – by which I mean soil – is the new Prozac? It’s all down to a rather remarkable, naturally-occurring soil bacterium by the name of Mycobacterium vaccae, which has been proven by scientists to have a mood-enhancing, serotonin-boosting effect similar to that of anti-depressants.

Put simply, once it populates the human gut (often introduced there as a result of gardening activities), it sets in motion a series of chemical reactions that make us feel happier.

Mycobacterium vaccae is just one example of the many ways our health and the health of the planet is intimately connected to the health of the world’s soils. Indeed, hidden within just a teaspoon of healthy garden soil, invisible to the human eye, are countless other kinds of naturally-occurring, beneficial micro-organisms whose role in preserving soil structure and fertility as well as promoting plant health, filtering water, supporting biodiversity and storing carbon is only beginning to be properly understood.

Some of these protect our food crops by secreting antibiotics that suppress pathogens, the agents that cause infection or disease. Others act as useful parasites, or are beneficial by the simple act of outcompeting damaging microbes when it comes to the hunt for food, air and water.

An example is the fungus known as Trichoderma, naturally occurring in most soils, which is prized for its ability to co-exist symbiotically with plants, delivering nitrogen to their roots while simultaneously killing off rival fungi that might pose a threat to those same plants’ health.

Geobacter soil bacteria, on the other hand, are capable of immobilising harmful heavy metals such as uranium, preventing them from poisoning groundwater through a process known as bioremediation used in cases of industrial pollution.

Intriguingly, scientists are discovering other ways in which many of these remarkable soil micro-organisms can be put to use. One example is the soil bacterium known as Clostridium sporogenes, whose ability to survive in low-oxygen environments allows it to thrive even when injected into the centre of a solid tumour, making it a very useful weapon in the fight against cancer.

Other naturally-occurring soil micro-organisms have been found to work against tuberculosis, a vital discovery given the dwindling effectiveness of existing antibiotics.

In fact, so valuable is this hidden treasure living within our soil that scientists have begun to refer to it as just that. All of which might make it safe to assume that we would do our best to protect such a precious resource. And yet the opposite is true.

Instead, degradation and erosion of the world’s soils as a result of intensive agriculture, modern industry, urbanisation, deforestation and climate change continues at a rate that is causing huge alarm.

Here’s one shocking statistic: according to the World Wildlife Fund, half of the planet’s topsoil, which it calls “the fragile skin that anchors all life on Earth”, has been lost in the past 150 years. Based on that rate of consumption, some experts predict that in less than 60 years, the world’s stores of topsoil will have run out.

What can we, as Irish gardeners, do to help to prevent this from happening? Well, we can start by digging only when strictly necessary (for more on the “no-dig” approach, see charlesdowding.co.uk).

In particular, avoid cultivating or walking on wet or waterlogged soils; this is crucial in terms of protecting them from serious damage through compaction.

We can also make sure to support soil health and fertility through the avoidance of pesticides, fungicides, herbicides and synthetic fertilisers.

Instead, focus on the use of green manures and the regular addition of well-rotted organic matter and powdered seaweed. Products such as EM (Effective Micro-organisms) and Soil Renew will also help.

Similarly, the careful use of mulches (both organic and plastic) helps to protect the soil in our gardens or allotments from erosion while simultaneously boosting the diversity, activity and health of those beneficial soil micro-organisms and mini-beasts (worms and arthropods, such as centipedes) living within it. In short, we can learn to love and value the ground beneath our feet.

With this aim in mind, the Irish umbrella environmental organisation Environmental Pillar has organised a conference on the subject of how best to protect Ireland’s soils, which takes place on Monday, December 5th (World Soil Day) in the National Botanic Gardens in Glasnevin, Dublin 9. Key speakers include the garden’s director, Dr Matthew Jebb, organic gardener, horticulturist, land author Klaus Laitenberger, organic grower and blogger Nicky Kyle, Cian O’Mahony of the Environmental Protection Agency, soil scientists from Teagasc, and Sr Helen Kelly who will be speaking on the spiritual ways in which soil- our most physical connection to the earth- nurtures us.

Environmental Pillar, which represents more than 29 environmental organisations, is calling on the EU to create a soil directive obliging its countries to protect their soils in much the same way that they are obliged to protect water and air quality. For more details on the People4Soil European Citizens’ Initiative, or to book a seat at the conference, see environmentalpillar.ie

Prune climbing roses, wearing protective gloves and using a sharp secateurs to cut out any old, woody stems as well as to reduce this year’s new growth by roughly two-thirds of its length. Remove any dead, damaged or weedy stems while you are at it, before using garden twine to tie the remaining framework of branches securely on to the wall or pergola. Remember that common rose diseases such as blackspot can overwinter in the fallen leaves, so collect these from around the base of the plant (as well as any stragglers left on the branches) and burn them.

Finish pruning summer-fruiting raspberries, blackberries, loganberries and tayberries, cutting any old stems that fruited this year down to the base in order to encourage the plants to throw out new canes next spring.

Old, fruited stems can be identified by the fact that they are brown rather than green. To allow for easy harvesting and prevent plants from becoming too rampant, it’s also best to remove a small number of new stems or canes. The remaining stems should then be tied onto horizontal galvanised wires supported by strong posts. Mulch with well-rotted manure to suppress weeds but avoid direct contact with the stems.