Full house? Time to build in the garden

Needing more office space, and a study for teenagers, one Dublin family solved their space problem 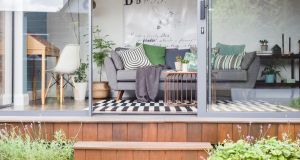 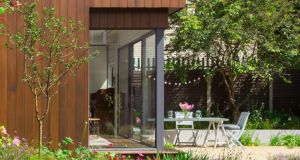 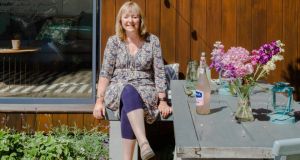 A house can reach full capacity pretty quickly. Rooms get cluttered, spaces get appropriated for hobbies, and children grow up into teenagers who want somewhere to have have their friends around. Crunch time arrived for one Dublin family with the prospect of a new school year and exams looming at the end of it.

On top of the that, owner Niamh O’Carroll, who runs her own PR company O’Carroll Consulting, found that her home office just wasn’t big enough for business. “We have three children, 16,14, and 13 and we were literally running out of space. I’d been working from home for 10 years and have worked in every room in the house at different times. It was getting harder to separate home life from work life and I needed to take on someone else as more work came in.”

Moving was not an option. Niamh and her husband had bought the house from an uncle and it had been in her family since it was built in 1928. “I love this house and the neighbourhood. I would have found it very hard to leave”.

What the house did have was a decent sized garden, and so instead of building on – which would have created too much of an office dynamic within the home – Niamh opted for a stand-alone garden house with space for work, study and a sizeable sitting room for relaxing when the day is done.

The build was carried out by Irish firm gardenroom.ie and Niamh was so impressed with the job that she now represents the company.

Previously, it had built its reputation on word of mouth recommendations, and business had grown steadily, even through the recession. Clients have included a drummer who wanted a sound-proof environment and retired professionals keen to have their own office space away from the house. They’ve also installed garden rooms as home gyms or simply as overflow living space.

Niamh’s garden room has a floor area of around 250sq ft (the maximum allowed without planning permission). It has has two distinct work areas – one with a large desk inherited from another relative and a second desk space for an assistant. Niamh works here during the day, and at night it’s a place where one or other of her teenagers can have their friends around. “It’s a quiet space and on Sundays I come here to read the papers, and it works really well for parties. I have my book club here too.” For movie nights a big screen drops down in front of the big sofa which came from DFS.

The garden room is fully plumbed and has its own heating and cooling system. “It gets very warm so the air condition works well,” says Niamh. The wide steps in front of the garden house are used to catch the afternoon and evening sun and the area of garden immediately around it was was designed by Niall Maxwell, a former winner at Bloom. “The new aspect is a bonus. We now have a south-facing aspect, which we didn’t before.”

Has it worked as a study for the children? “Yes it has. When they go in there to do their work it’s really quiet and they can get on with it. I can turn off the wifi there which is a blessing.”