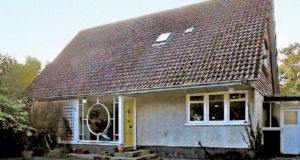 Rockall in Foxrock: the new owners have flipped the house after three years for a profit of nearly €2 million

Sales of properties in the €2 million-plus bracket have been generally slow in Dublin so far this year, with about 18 properties sold at this level so far. However, a number of houses close to each other have changed hands in Foxrock recently for top prices.

Rockall, a modest dormer bungalow in the Birches estate off Torquay Road appeared in the residential property price register in May as having sold for €3.39 million, in what appears to be an off-market deal. The house last came to the market in 2010 through Lisney with an asking price of €2.25 million. It was eventually sold in 2012, at the bottom of the market, for €1.4 million.

Those new owners, it seems, have flipped the house after three years for a profit of nearly €2 million – not a bad return considering they did not even seek planning permission to develop the 1.59 acre site, which the latest buyers will inevitably plan on doing. The price achieved of €2.13 million an acre highlights the aggressive rebound in site prices.

Gortanore, probably the best development site in Foxrock, with 3.05 acres of flat land and 105m of frontage on to Foxrock village, was sold for €1.66 million an acre in 2013. By comparison, Rockall is a weaker site with far less development potential.

Glenshee on Torquay Road, a 257sq m detached house on half an acre, sold for €2.05 million in July, marginally above its €1.975 million asking price – an uncommon occurrence in today’s market. The buyer – believed to be upgrading from Shankill – is already proceeding with plans to refurbish and extend the house.

Nearby on Brighton Road, a home with substantial gardens has quietly sold for €3.45 million.

Four Winds, a suburban- style residence, is understood to have been quietly for sale with an asking price of €3.75 million through Sherry FitzGerald. The 302sq m property sits on a site well in excess of one acre, with tennis court. It is likely to receive a major overhaul or may be redeveloped altogether.

Beyond Foxrock, sales have been less notable, though 31 Seapoint Avenue in Monkstown appeared sold on the register in July for €1.8 million. The refurbished Victorian with sea views came on the market through Lisney this time last year asking €1.9 million.

In Rathmines, a semi- detached redbrick in three units with a huge walled rear garden at 65 Palmerston Road registered as sold for €1.81 million through DNG in July.