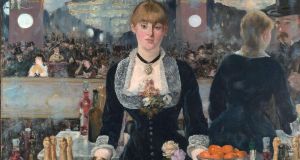 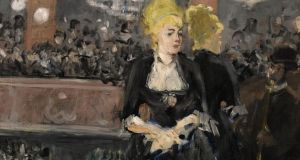 One of the world’s most famous – and popular – paintings is Le Bar aux Folies-Bergère made in 1881 by the French Impressionist artist Édouard Manet. It is regarded as priceless and hangs in the Courtauld Institute of Art in London.

Folies-Bergère was a Paris music hall, where, according to French writer Maupassant, the barmaids were “vendors of drink and of love”.

The painting shows a barmaid named Suzon in front of a mirror which reflects the audience watching a performance. Manet made preparatory sketches there, but he painted the final version in his studio.

Now, Sotheby’s in London has announced that the “first version” – a preparatory sketch in oils – of Le Bar aux Folies-Bergère will be offered at auction on June 24th with an estimate of £15 million-£20 million (€21 million-€28 million).