Estate agent warns of unrealistic pricing by sellers and agents 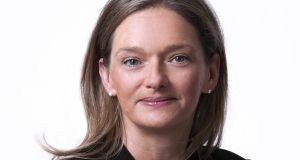 First time buyer seminars and information events have been a well worn staple of the property industry since the first property ladder was erected against a two-up two-down gable wall. Less prominent however are information events for sellers offering advice on how to sell their properties well. When they do crop up it’s usually on foot of slowing price growth and the emergence of a buyer’s market.

Estate agent Hunters is hosting a First Time Sellers seminars next week and managing partner Rowena Quinn says you only have to look at the number of price drops occurring in prime Dublin areas to see that seller expectation is stifling activity.

In the last six months of 2018, 88 per cent of changes in house prices in Dublin 4, Dublin 6 and Dublin 6W listed on MyHome.ie were price reductions, with the average price decreasing by 5.96 per cent. With early predictions that house prices will rise just 4 per cent this year down from a national average of 8 per cent last year, unrealistic seller price expectations are expected to continue to be an issue.

“Would-be sellers are confusing the emotional value that, quite understandably, is attached to their home, with an open-market valuation. Your neighbour’s house, complete with recent extension and full internal refit, may have sold for €500,000; this does not mean that your own home, which may have seen little or no renovation in a decade, is worth a similar amount,” says Quinn.

She adds that competition among estate agents and unrealistic valuations are also contributing to some sellers having to reduce their sales prices. She calls it the two-week price adjustment: “If an agent advises that your house is worth €400,000, there is no logical reason that it should be worth only €350,000 two weeks later - unless, of course, the agent’s only rationale for the original asking price was to win your instruction. It is the first five to six weeks of the sales campaign that ultimately dictates success, so it’s critical that agents ensure that pricing is accurate from the beginning.”

What will reopened childcare centres look like to staff and to children?
Real news has value SUBSCRIBE