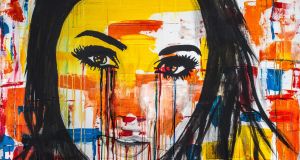 “Rights, Resilience, Recovery” is the theme of the 2017 World Congress on Women’s Mental Health taking place in the RDS from March 6th-9th 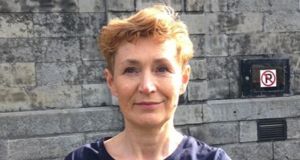 Prof Veronica O’Keane: “The most common disorders in adolescent girls are depression and anxiety”

“Rights, Resilience, Recovery” is a big theme for a big global meeting on women’s mental health, but two years ago in Japan, experts chose Ireland as the next country to stage the global conference for a reason, says Veronica O’Keane, professor of psychiatry at Trinity College Dublin.

“You cannot separate out the issue of having no reproductive rights from a woman’s mental health,” she tells The Irish Times. “Every single woman and girl who travels out of Ireland for an abortion, their mental health will be affected by having to take that trip. And the more vulnerable a person is in terms of their mental health, the worse the trauma is going to be for them.”

Mental health experts were aware that The Eighth Amendment to the Irish Constitution prohibits abortion except in cases where there is a threat to the life of the pregnant woman when they chose Dublin as the venue for the 2017 World Congress on Women’s Mental Health, which runs from March 6th to 9th at the Royal Dublin Society, Dublin.

Orla O’Connor, director of the National Women’s Council of Ireland, who has organised the conference alongside Trinity College Dublin, told The Irish Times that up to 1,000 people working in the area of mental health across the world – doctors, psychiatrists, psychologists –  will attend.

“We want to make a connection between those working in the area of women and mental health in medical and advocacy settings and to find out what civil society is doing about women’s mental health,” says O’Connor.

So why do women need a dedicated congress on mental health?

So what are the mental health issues facing women in Ireland? Prof O’Keane says women’s lives and experiences plot a specific path for their mental health needs.

During childhood, up to the age of 12, one of the “main reasons people come to psychiatrists is because of what we call developmental disorders’. You could have an absence of usual developmental milestones, for example speech or play, and that could indicate something on the autistic spectrum.”

Girls are less likely to get the autistic spectrum disorders, Prof O’Keane says, but they are more likely to get “anxiety disorders”. An anxiety disorder would typically manifest itself in childhood by school refusal and is one of the main reasons for presentation to a child psychiatrist.

“The most common disorders in adolescent girls are depression and anxiety,” says Prof O’Keane. “Girls can even be suffering with depressing thoughts of suicide for years before they seek help. It usually presents when there is a crisis in terms of deliberate self-harm or suicidal ideation, so it can develop into a crisis when they are brought by their parents to A&E.”

“Food disorders are more common in girls, but they are becoming more common in boys and issues that were considered gender-specific are merging a little bit. For example, with deliberate self-harm, which was overwhelmingly female, males are catching up on females now,” she says.

Girls are much more disposed to depression

“During the developmental years, the rates of suicide among young girls are increasing and the rate of eating disorders in men is increasing, so the gender disparity in mental health disorders is narrowing.

“But there is a very common theme and that is that girls are much more disposed to depression and anxiety disorders. And that carries though to their reproductive years, if you like from their 20s till their early 50s.”

Rates of depression among adult women are about 2½ times as common as in adult men, says Prof O’Keane. So why are women 2½ times more likely to be depressed than men, we ask.

“Because of the social and biological aspects of being female,” says Prof O’Keane. “Inequality breeds depression, so in any group in society that is relatively disadvantaged, you will have higher levels of depression.

“If you look at women as a whole in relation to rights, to human rights and to socioeconomic status, obviously women are poorer, they are more disadvantaged, they have lower rates of promotion to senior positions, they are disadvantaged in terms of their environments and their jobs and they don’t have the same parity of pay.

“So obviously for those reasons alone, you are going to have higher rates of depression among women than among men.

“I think the other social aspect is that women are subjected to much more violence than men. And anybody who is subjected to violence, that group is going to have higher rates of depression.”

Does being a woman mean you are more likely to be depressed for biological reasons? Biological issues are very interesting, Prof O’Keane says, because women are “more biologically and hormonally primed to be in a stressed state than men”.

“I think there is no real focus on mothering and some women cannot mother and we dare not say that. We can’t say that because women do not have a choice in this country about whether they become a mother or not. Therefore, there is an unspoken truth that all women will naturally be good mothers and this is not true,” she says.

“This is something that we are not acknowledging and it is very important when we are looking at depression and women,” she says.

Women’s mental health experts chose Ireland as a venue to stage the global conference for this reason, says Prof O’Keane. “You cannot separate out the issue of having no reproductive rights from a woman’s mental health.

“At the most extreme you could take the examples like Ann Lovett, where a girl dies, like Miss X where she was going to kill herself. So at the most extreme, we will have girls and women who will die from very significant mental health problems related to unwanted pregnancies.

“Then at the softer end of mental health, every single woman or girl who travels abroad for an abortion, their mental health will be affected by having to take that trip. For a resilient woman with means it may not be a trauma at, but for my patients who have a serious mental issue, it is a very big trauma.

“From a mental health perspective, for everyone who needs an abortion in Ireland, it has a deleterious effect on their mental health that we don’t have abortion services available.

“When we bid for this conference in Tokyo two years ago our international colleagues were so shocked by the situation in Ireland, they were actually disbelieving of the fact that Irish women had to go abroad for abortions.

“Our colleagues were so shocked that they wanted to come to Dublin and make ‘Rights, Resilience and Recovery’ the theme for this World Congress on Women’s Mental Health. There is consensus that you can’t have good mental health in the absence of basic rights.”

So what is the effect on women to be reliant on a health service where the choices are restricted?

“We do not have services to offer women,” says Prof O’Keane. “And we have written it into our legislature that this service is going to be provided abroad. Psychiatrists are now in the position of making decisions that should be a woman’s decision, so I now have to certify a woman as appropriate for an abortion or not and I think that should be a choice for a woman to make.”

Does she think any of the medial or academic professionals at the conference might think that Ireland is right to ban abortion except under limited circumstances?

“No. There is absolute unanimity in this,” Prof O’Keane says. “The International Association for Women’s Mental Health does not consider that abortion is bad for a woman’s mental health. I think the need for so-called balance in any discussion of the matter is deplorable. Why does 5 per cent of the population get 50 per cent of the representation? It is a very fringe view in society in general and in medicine as well.”

Details about the conference can be found at: http://iawmh2017.org/wp/

According to the Healthy Ireland Survey 2016, one of the largest social surveys ever conducted, higher levels of positive mental health were recorded among men than women.

Depression and anxiety are three times more prevalent amongst women. Some 15 per cent of new mothers in Ireland experience post-natal depression. One in four women experiences some form of domestic or sexual violence in Ireland.

Men are three times more likely to die by suicide than women. More women than men attempt suicide and self-harm.