Working overtime: An introvert’s guide to the Christmas party

You can’t always opt out of social occasions, particularly at this time of year 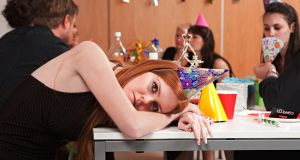 The Christmas party season is looming and while extroverts are licking their lips at the prospect of a full social calender, many introverts will be plotting the best way to gracefully avoid the season’s festivities.

That said, missing certain events can incur a social cost that exceeds any comfort you get from opting out – office Christmas parties or dinner with the in-laws spring to mind. However, sometimes it is just not advisable to prepare your excuses in advance and avoid them.

“If you think about networking, and the way life works, it’s not feasible to think: ‘I’m going to always be able to avoid a party,’” says Geeta Sidhu-Robb, a professional life coach. “If you have to go, try to make it easy for yourself.”

Some lifestyle bloggers advise practising before partying, but can that really get you ready for the real thing?

There is usually plenty of booze at a Christmas do, but while many treat alcohol as an effective social lubricant, Sidhu-Robb doesn’t think it is the most reliable idea. “It doesn’t build a skill set,” she says. “It’s a temporary solution that doesn’t make you feel better. The best way to do it is to find one or two people who you know are going to be at the party who you like and trust, and make sure they know you are going. Once you have been to one or two it will become something you’ll know you can survive.”

Anjula Mutanda, a relationship psychologist and vice-president of Relate (a UK charity that provides relationship support), suggests two things introverts can do to help with social anxiety: prepare a list of “open” questions; and choose a single person to speak to rather than a group.

“A bit of rehearsal never goes amiss,” Mutanda says. “You can do a bit of rehearsal and ask things such as ‘where do you live?’ or ‘how do you spend your leisure time?’ People respond well to that.”

In her clinical practice, Mutanda often works with very shy actors and advises them to adopt the persona of who they feel most comfortable being. “I would say the same thing to someone who is challenged by going to these social events,” she says. “Try to embody somebody you have watched who is really good at this and be them.”

If social anxiety is having a major impact on your life, Mutanda advises that you seek professional help. – Guardian