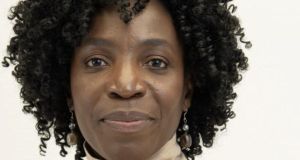 One of the people psychotherapist Ejiro Ogbevoen worked with was “struggling with self-esteem and the general fear of not being able to fit into the community” after they spent eight years living in the direct-provision system.

Ogbevoen is the founder of Black Therapists Ireland, an initiative that aims to make it easy to access mental health services that support diversity, as well as upholding cultural values by bringing together therapists with black heritage. She says: “If direct provision continues as it is, there should be an area where mental health is taken care of.

“And it would be almost like the system of the employee-assistance programme. So somebody reaches out to the office or body or whatever is set up and says: ‘This is how I’m feeling, I’d like to speak to somebody.’ They are then allocated a certain amount of therapy sessions – it could be six, it could be 10 or it could be open-ended. They get to see a therapist and it is funded. That would be a huge support for the system as it is.

“However, we as black therapists, like anyone, we don’t want to see another person in pain when we have the ability to support. So we have said that we are open to working with people in this [asylum seeker] community at a reduced cost, at a reduced expense, just to make sure that we support them.”

Bulelani Mfaco, spokesman for the Movement of Asylum Seekers in Ireland, an independent group created by asylum seekers to campaign against direct provision and deportation, says there needs to be “proper” resources for people in direct provision in need of mental health services.

“For asylum seekers who have survived torture, they only have one organisation that provides support for survivors of torture and that’s Spirasi [Spiritan Asylum Services Initiative],” he says, “and even there, you will still have waiting lists for an appointment in Spirasi because they are also overwhelmed.”

Spirasi was founded in 1999 in response to the rapid rise in migration and asylum seeking in Ireland and it is now the national rehabilitation centre for victims of torture.

“The second part of course,” says Mfaco, “is then changing the conditions that people in direct provision are living in. It’s no use giving me a shrink and antidepressants and sleeping pills if I am still in the same environment that compounded the trauma that I have experienced in my home country.”

According to a recent Doras report, asylum seekers are five times more likely to develop psychiatric and mental health issues. While the average length of time for a person living in direct provision is 24 months, some residents have spent up to 10 years living in shared accommodation and overcrowded living conditions.

Mfaco moved to Ireland in November 2017 and is living in a direct-provision centre in Co Clare. He has sought counselling services over the last three years in direct provision, and he says the prognosis for asylum seekers displaying mental health issues does not address the root of the problem.

“I am an asylum seeker myself,” he says, “I have sought counselling but the problem with that is once [asylum seekers] do get that counselling from the HSE, they usually will prescribe sleeping pills because a lot of people present with anxiety and problems with sleeping.

“Giving them pills actually doesn’t address the problem, it only numbs pain,” says Mfaco. “So if you give me a sleeping pill, it will only help me to fall asleep but I will be awake at some point and I will still have the memory of the trauma that was causing sleepless nights.”

Mfaco says his therapist was not familiar with some of the problems that asylum seekers endure and while she worked with those seeking asylum in Ireland, he “didn’t get the understanding that she was well versed in the issues that people in direct provision experience”.

Ogbevoen, who has been practising counselling for 10 years in Ireland, says that when it comes to therapy, a person should feel “heard and supported”.

“I think go to a therapist that you are comfortable with,” says Ogbevoen. “There are so many black people that have gone to white therapists and they were fantastic, they were supported, they felt heard. And that’s what therapy is about.

“I would never say black people should look for black therapists, because there are so many white people that are doing fantastic work,” she says. “However, there are people who believe within themselves that they will not be understood by a white person. So they are the ones who are reluctant to go to a white therapist and they would prefer to sit with a black person because it’s almost like, ‘I don’t have to discuss anything around [race] because you get me.’”

The 50-year-old, Nigerian-born therapist is a member of the Irish Association for Counselling & Psychotherapy. She has been approached to collaborate with Akidwa, a national network of migrant women living in Ireland, and has previously worked with SpunOut after launching Black Therapists Ireland in October. Ogbevoen says one of her aspirations is to be a voice of hope, light and beauty in the conversation of race and she hopes to bring Black Therapists Ireland along her journey.

“Black Therapists Ireland is a group of therapists that are passionate about what they do and they just happen to be black,” she says. “We’re open to working with everyone. But our main focus would be to promote, encourage and support mental health within the black community.”