The Grit Doctor: Fall by the wayside; then get up and fall in love all over again

Give yourself a break. Running is all the sweeter if you haven’t done it for weeks 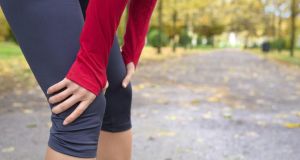 The grit doctor says: ‘Remind yourself through your gritted teeth that none of it is supposed to be easy.’ Photograph: Thinkstock

Q First four-mile (6.4k) run done in ages, I’m soo slow and shattered, u take the eye off the ball for one second and you’re screwed @gritdoctor help!

A Catriona (@Cat_thestar), thanks for this tweet because I am very much in the same boat. Having acknowledged my own break from running in a recent column, I must confess to never having taken that beach run on Île de Ré in the end and so when I finally got home, I hadn’t been running for five weeks.

In the 15 years I’ve been running, this was the longest absence I’ve had from it other than during pregnancy. So I tweeted you back that I was doing slow and steady runs on alternate days. That is still very much the case and, as you say, it’s hard.

My editor said she felt she had lost fitness after just a two-week holiday (in which she even went for four runs) and when I read this in Île de Ré in response to the column I’d just filed, I remember smugly thinking, “Not me, Joyce. I’m on the bike every day, running around after the twins, swimming, I feel fitter than ever before . . .”

Cut to day one back home. I was itching to get out there and run and took my first opportunity, which came at 6pm on Monday when my husband walked through the door.

I was off, deliriously excited at the prospect of my old four-mile slow run. But my body was not in sync with my mind at all. It was behaving like a battered old toy, grown rusty from lack of use.

I knew I had to stop at 5k – two laps of the woods instead of my usual three – because it was getting painful. I had lactic acid building up in my legs; it was the sort I remember during the latter stages of running marathons. I felt more breathless than was normal for me and instinctively knew I would be as good as dead (to running, that is, for a while – especially if I got an injury) if I didn’t stop after 5k.

So I listened to my body, stopped after an extremely slow 5k run, woke the next day a bit stiff (again, this had not happened since the morning after a long race).

I didn’t attempt a run the next day but ventured out again on Wednesday evening and had the same experience, so I ran super-slowly and stopped again after two laps of the woods.

On my third outing, after leaving it another day I was able to run my usual four-mile (6.4k), three-lap run but more slowly than before my holiday and I definitely felt stiff in a way I never used to before, both during and after the run.

All this may sound negative but those three runs were anything but. Other than the lactic acid build-up, the stiffness and the rust in my bones, mentally it was a completely different story.

The simple pleasure of listening to the rhythmic patterns of my breathing and footfall, and bearing witness to the beauty of my surroundings in the fading light brought me close to tears.

I was able to feel all the power of my body more keenly because it was struggling, because it was slow and sore, and I felt more grateful than ever at being able just to do it at all. The endorphin rushes were colossal.

I was literally walking on air for hours afterwards, like in those early days when I first caught the running bug and thought the water had been spiked I’d never been so high.

Endorphins, it would seem, can get complacent and they have grown much keener in my long absence.

Frankly, it’s also why cycling, swimming and anything else have never quite cut the mustard for me. Running is that much harder and that’s just how I like it.

So Catriona, go slowly and steadily, and let your body dictate the distances and the frequency until you return to your previous fitness level, hopefully without incident or injury save for the stiffness and exhaustion, and remind yourself, through your gritted teeth, that none of it is supposed to be easy.

I shall make a point now of taking a long summer break from running each year, now that a bikini body is no longer on my agenda, so I can rest and return to the sport like a long-lost sister, dying to fall into her arms and be loved again.

Ruth Field is the author of Run, Fat B!tch, Run, and Get Your Sh!t Together.

Parenting in my shoes: The senator hopes her daughter will be part of a more positive, inclusive Ireland