A leading obstetrician and gynaecologist, Prof Jim Dornan is also a spokesman for women’s sexual and reproductive rights 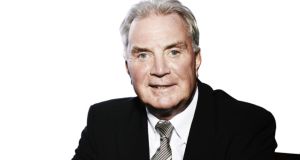 Prof Jim Dornan: ‘Women’s rights in all parts of the world are very poorly addressed. What if it was the sexual and reproductive rights of men? Who would be making the decisions then?’

Like most people, Prof Jim Dornan was shocked, saddened and distressed to hear about the death of Savita Halappanavar in a Galway hospital last year.

While for many of us the news represented a private tragedy – albeit with a public and political dimension – for Dornan it struck to the core of his professional life.

Having spent 40-plus years as a leading obstetrician and gynaecologist, primarily in Belfast but with posts in Dublin and London, he has personally delivered more than 6,000 babies.

He is also a fervent spokesman for women’s sexual and reproductive rights, easily quoting statistics, such as that in parts of rural Afghanistan – where his wife, Samina, also an obs-gynae consultant, hails from – a woman still has a one-in-six chance of dying in childbirth.

“Both North and South, we all work to the same guidelines, those of the Irish Institute of Obstetricians and Gynaecologists,” he explains. “But when it comes to this sort of situation, there are no specific guidelines.

“There are very, very few situations I can think of when the obstetrician has to make the call as to whose life is of more value – the mother’s or the baby’s.

“It is also a non-negotiable that if someone has an infection, you treat it immediately. This is something you learn on the first day of medical school.

Declining politely to say whether Northern Ireland should come into line with Britain’s 1967 Abortion Act, Dornan prefers to make a more general point about how so many of the decisions around women’s reproductive lives are made by men.

“Women’s rights in all parts of the world are very poorly addressed,” he says. “What if it was the sexual and reproductive rights of men? Who would be making the decisions then?

“There are still parts of the world where a man has to agree to his partner having a Caesarean. Sad to say, sometimes the man chooses to let the woman die, as it’s cheaper to find a new wife than to pay for the operation.”

All of which sounds very grim but Dornan’s new book, An Everyday Miracle, is actually a very upbeat account of his medical journey, littered with amusing anecdotes as well as some real tear-jerkers.

There’s the story of the Belfast guy with a swollen testicle who refused to be operated on, shouting down the hospital ward for all to hear, “Them’s the biggest balls on the Falls Road.”

Or the young girl who presents with abdominal swelling and is pronounced pregnant, thereby forcing her to confess to her mother that she’s “only done it once”, only for the true diagnosis to become apparent (a dysfunctional bladder) once the ultrasound kicks in.

Tiny footsteps
In his personal life, Dornan can’t seem to escape the patter of tiny footsteps. His actor son Jamie and his singer-songwriter wife, Amelia Warner, announced in June that they were expecting their first child.

A former Calvin Klein model and one-time beau of Keira Knightley, Jamie is very much in the media spotlight after making his professional acting debut in TV drama, The Fall, starring Gillian Anderson.

“Sure, we’re an acting family,” he says, proudly, if a little jocularly. “Wasn’t my mother’s second cousin Greer Garson?”

An Everyday Miracle is published by Blackstaff Press, price £9.99