Secondary infertility: the pain of being unable to have more babies 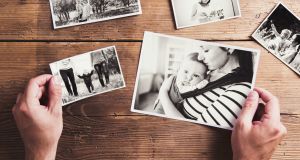 Questions from family and friends about having another child can be hurtful: “We got a lot of questions and if they got me on a bad day they got a very blunt answer”

“You’re not going to leave her an only child are you?” For six years Becky Dore faced this painful question from family and friends as she struggled through secondary infertility (SI), the inability to conceive despite already having had a baby.

The causes of SI can be similar to primary infertility (PI), which is the inability to conceive for the first time, having tried for more than a year.

Dore has experienced how well-meaning but ill thought out questions add to the frustration and exhaustion secondary infertility (SI) can cause a family.

Anyone who has suffered through primary infertility knows the pain and uncertainty of not being able to conceive, but secondary infertility brings a pain of its own. Kennedy says the stress is compounded by already caring for one child and getting comments about siblings.

Kennedy explains one major misconception when it comes to secondary infertility. “If you have had a pregnancy, irrespective of how that turns out, be it a miscarriage, or a healthy child, that means you do not have primary subfertility any more. People often don’t realise that.

“When a couple who have been able to conceive suddenly aren’t able to, it could be that tubes are blocked by an infection or previous surgery or as a result of the first pregnancy. Checking that the anatomy is right, that the sperm and the egg can proceed unimpeded to the uterus, is very important,” he says.

“The biggest difference between a woman who has had a child and is trying to conceive a second child is that she is older the second time around and the longer the gap, the less relevant the first pregnancy becomes.

“The egg numbers and quality diminish and that can pose a problem and the same thing can happen with sperm in terms of count and movement.”

For this reason sperm and eggs are checked first. “The investigations for a couple who are trying to conceive a first child or subsequent children are broadly similar. You have to start from first principles: work on the sperm, the egg and the housing.

“If you have had a child before there is a bit of a move away from immunology issues and rejection issues and more of a movement towards making sure the eggs and sperm are still there and that the tubes are open.”

Dore went through many of these tests, having tried to conceive her second child for over a year. “The stress starts as you become obsessive with the whole thing: you are either preparing for ovulation or you’re waiting to see if you are pregnant. Everyone around me was popping them out and I wasn’t getting pregnant.

“I started to get very nervous, thinking Rachel could be an only child which we really didn’t want.”

She says she was surprised to be affected by SI. Most people think that when they have had one child, subsequent offspring will be easily conceived. Obviously this is a misconception that friends and family hold also.

“It’s the obvious question that is asked of newly married couples or people with one child. You don’t hear people asking someone with four, are you going again? We got a lot of questions and if they got me on a bad day they got a very blunt and real answer. I would say we are trying, we’re really struggling and it’s very difficult for us. People have to be aware of these things. Fertility is kept quiet and not many people speak out.”

Having gone through all the routine tests, Becky and her husband Maurice were told they had unexplained infertility, something she found very frustrating. “I almost wanted them to find something wrong. They told me to lose weight, which I did, about a stone and a half.”

Kennedy says that lifestyle, including being overweight, can have an impact on fertility. “Things like lack of exercise, diet, smoking, alcohol and caffeine all can have an impact and we’re less able to compensate for that. I think stress plays a role. The irony is that not getting pregnant is a stress in itself, so it’s like a self-fulfilling prophecy.

“If you’re in a very stressful environment, looking at ways to manage your reaction to stress is the way to deal with it. There are loads of different ways to do that and things like acupuncture, reflexology, massage, meditation and mindfulness are very powerful tools for couples in that situation,” he says.

“Women in their mid-30s are surrounded by pregnancy, it’s happening in their family and workplace and it makes it very difficult,” he says.

Dore says her husband found this aspect of it more difficult than she did. “He wasn’t very good at birthday parties or Christenings . . . things like that.”

At this stage, the couple made the decision to have IVF. Treatment options for secondary infertility are largely the same as for couples who have primary infertility. “Couples can try themselves with an aid: there is intrauterine insemination where you are bringing the sperm closer to the egg by bringing it in at the top of the womb when we know the egg is being released. And then there is IVF,” he says.

“We were lucky as we had been saving Rachel’s children’s allowance and the amount that was needed [for IVF] coincided with the amount in the account. We were torn and battered by that point with the whole process of infertility. It took a toll on us as individuals and it took a toll on our marriage.”

She had two “beautiful embryos” transferred and luckily they were successful on their first round of IVF, producing twins, Emma and Siobhán.

Kennedy says that one of the best predictors of future success in conception is previous success; having had a child is a very good indicator for having more children. This turned out to be the case for Becky.

“When the twins were 10 months old, I found out I was pregnant again. It happened naturally this time. I wasn’t happy initially . . . but he’s our little boy and he was meant to be here,” she laughs.

‘The quarantine 15’: Don’t be ashamed of those extra pounds
2

Without visitors, my home became an empty doll’s house
3