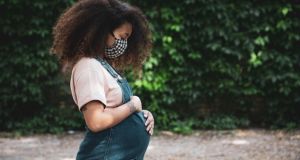 The anxiety caused by lost time is real for so many, but it is also important to ask where that panic comes from and what we could do to alleviate it. Photograph: iStock

How have you measured out the past year of your life? In the number of binged TV series? Walks in the park? Or, perhaps, by the number of periods, injections to your hormone-rounded rump or hopeful swipes on dating apps?

For some, the past 12 months have put a pause on one of the few decisions in our lives that has a biological deadline: should you have a baby? And if so, how, where, when and with whom? It is a question that smacks into us like a train at the beginning of what I call the panic years, a period of turmoil in your 30s, during which all decisions about love, work, friendship or where to live are given a special sense of urgency by the fact that you can mark your declining fertility with each monthly cycle.

It is a time when solving something as tangential as whether to change jobs seems to pull on all the other knots of your life: impossible to untie unless you unravel the whole thing. A period of time when your peers will seem to suddenly fracture into separate silos defined by income, relationship status and, of course, whether or not they are having kids.

For people who entered the pandemic single or rolling off the HGV of a breakup, the past few months have had a particular flavour of frustration

The pandemic has put everybody’s life out of sync, but for those in the midst of their panic years the turmoil brought on by economic disruption and social distancing has added consequences. There are those who have been made unemployed, or driven out of insecure house shares, now forced to move back in with their parents. Single people looking for the right person to settle down with have been pushed into unlikely partnerships by the need to form a support bubble. Then there are the couples who would have broken up were it not for the pandemic. Relationships limp on due to the fear of creating further disruption at an already uncertain time.

For people who entered the pandemic single or rolling off the HGV of a breakup, the past few months have had a particular flavour of frustration. “Walking dates are awful,” Alexandra Haddow, a comedian, tells me. “Dating in a pandemic has essentially taken dating back to the 18th century where you have to promenade. Either that or you’re breaking the rules. I’m potentially in the market for a serious relationship, and all that has been put on hold at a crucial time where people would usually meet long-term partners.” Haddow describes her life as “stuck in stasis”, making it hard to move on from a bad breakup. “And now you realise how much you miss touch – not even in a sexual way.”

Then there is a baseline of worry running under every appointment for people undergoing fertility treatment, every injection, every procedure. Will the clinics stay open? Will you be able to get to the hospital? Is it responsible to get pregnant while the health service is under such strain? One British woman, who chose to speak to me anonymously, had her treatment cancelled in the spring after the clinic closed for the first lockdown, but not before she’d already been put into an induced chemical menopause as part of the IVF process.

“It’s really gruelling to be on all this medication,” she says. “I got nausea, hot flushes and felt awful. And then, once we went into lockdown, all our support networks were taken away… I also had no idea when treatment was going to start up again. It could have been three months or a year. Going through it under normal circumstances is incredibly isolating but this feels really grim.”

There’s a reason the panic years exist, and that’s because too many of us know that the necessities of childcare are denied to us by employers and governments

The anxiety caused by lost time is real for so many, but it is also important to ask where that panic comes from and what we could do to alleviate it. The burden shouldn’t fall entirely on the person hoping to get pregnant – it takes two to make a baby, and sperm degrades with age as well. This is something we should talk about more if we’re to make reproductive rights an issue for everyone.

We also need to make the choice easier for people who want to have children, whether in a couple or single, at any age – this means secure pay and housing, parental leave worthy of the name, and flexible and family-friendly workplaces. There’s a reason the panic years exist, and that’s because too many of us know that the necessities of childcare – money, time and security – are denied to us by employers and governments. As parents have struggled to work alongside homeschooling, perhaps these needs are no longer invisible to bosses and policymakers. Deliver some of these changes and we might just come out of the pandemic with something like hope, something like equality and an end to the panic years. – Guardian

Nell Frizzell is the author of The Panic Years, published by Bantam Press. You can read Sarah Gilmartin’s review of it here