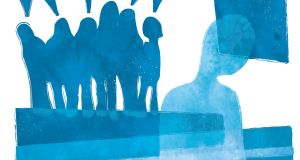 23 ‘We should have done better’: Cillian de Gascun, Paul Reid and Stephen Donnelly look back

29 Steve McQueen: ‘Calling me a political director is like calling me a male director’

31 Divers steal beer being aged by sunken ship off Argentina