Men talk about health, but not mental, sexual or ‘private’ health

How to be a Man: It's easy to tell the doctor about an injury or illness. But not other stuff 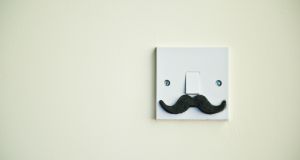 It’s time for men to switch on to their health.

How to be a Man is a series exploring masculinity and the challenges men face in Ireland today.

There’s a classic joke that goes: “Men die, on average, five years younger than women do. Why? Because they want to.” Or have you heard the one about why women live longer than men? “Because they are not married to women.”

“From my years of working in the area of promoting men’s health, I have found that one way of getting men to take heed of health messages is through the use of humour. This idea is not something new. Numerous studies in the field of advertising have shown that humour is the most effective tool for enhancing recall of advertisements. The advertising industry has long recognised the value of using humour to sell products and this knowledge is beginning to become recognised in education too.”

Murray has been using humour in his presentations and training courses for many years now and has found that when men are laughing, they are paying attention and picking up the health messages. He is involved in rolling out Engage, the national men’s health training programme, developed by Men’s Health Forum Ireland (MHFI), to address the current deficits in gender-sensitive service provision for men. He is also involved with the MHFI’s programme on Connecting with Young Men which engages young men in mental health and wellbeing, and is funded by the HSE’s National Office for Suicide Prevention.

“Health messages don’t have to be boring. Instead of telling people to eat less, I sometimes use the slogan, ‘little pickers wear bigger knickers’. Alternatively, to encourage young men to perform a testicular self-examination I often use the strap line: ‘Keep your eye on the ball’.”

Noel Richardson, lecturer and director of the Centre for Men’s Health at Carlow Institute of Technology (Carlow IT), says it has been well documented across different jurisdictions that men go to the doctor a lot less than women, even allowing for reproductive health visits.

“A paper in the British Medical Journal in 2013 found that there was a reluctance in the first instance on the part of men to present to the GP compared with women but, interestingly enough, once men and women were diagnosed with certain chronic conditions like diabetes, there was no difference in self-care afterwards.”

Richardson, who is the principal author of the first ever national policy on men’s health which was published in Ireland in 2009, says his own research into masculinity and health reveals a hierarchy of threats to masculinity.

“If a man is physically injured or has an illness, it’s less of a challenge to present to the doctor than if the problem has to do with mental health or sexual health or a ‘private matter’ like a prostate problem. Men feel shy, awkward or inhibited talking about these matters. Some men have to reach a certain threshold or severity of illness before they will go to the doctor; they don’t want to be seen as a hypochondriac or wasting the doctor’s time.”

Richardson notes that during the onset of fatherhood and at other critical transitions in a man’s life, such as settling down in a permanent relationship or marriage, there tends to be a new awareness that their health cannot be taken for granted. The man now views his most significant role to be a good father or partner and is a lot less likely to behave in risky behaviour such as drink driving, he says.

Time to speak out

While things are certainly changing for the better, Richardson says it is important that more men speak out and encourage other men not just to go to their GP, but to look after their health.

“When I started out doing research into masculinity and health 20 years ago, it was very rare for men to speak out about their health on radio, TV or in print, but there have been a lot of examples of this in recent times, particularly in mental health. We have made great strides and men are more supportive of eachother. The Dublin footballer Shane Carthy spoke out very eloquently last year about his depression and how his team mates rowed in behind him and showed him great solidarity and support in a very traditional, masculine sporting background.”

Colin Fowler, director of operations at Men’s Health Forum Ireland (MHFI), says there is a lot happening in the area of men’s health in Ireland, including programmes like Men on the Move, the Mojo training programme, Farmers Have Hearts (led by the Irish Heart Foundation), Irish Men’s Sheds Association and Ballybough Men’s Health Project in inner city Dublin.

He says that as men get older, many gradually move away from sport and physical activity, and programmes like Men on the Move encourage middle-aged men all over the country, not only to engage in physical activity and lose weight, but to interact socially with other men, which benefits their mental and emotional health.

“Very few people are aware that Ireland was the first country in the world to have a national men’s health policy which is a spectacular achievement. We have been invited to speak in places like Canada, Brazil and Australia, which has since developed its own policy, about our policy. Unfortunately, it was launched at the same time as the recession hit, and while it is a great document with great ambitions, the resources were not there to fund many of the recommendations.”

The Men’s Sheds have been one of Ireland’s success stories, Fowler says, with 300 Men’s Sheds now running across the country, bringing men together in a comfortable environment, away from the pub and the bookies.

“Some of the men want to lobby and change the world, others just want a cup of tea and some company,” he says.

The MHFI runs the annual Men’s Health Week, which started in 2005 with a couple of small events and a few posters, and now involves hundreds of events across Ireland with thousands of men’s health manuals, posters and post cards handed out.

Lorcan Brennan is Men’s Health co-ordinator with the Men’s Development Network, who was involved in developing the Engage training programme in conjunction with Carlow IT, Waterford Institute of Technology and the HSE.

“The way we engage and support men is really important. We have to have a gender-sensitive approach and work from a strengths perspective. It’s about providing safe places and comfortable environments for men to come together and talk about their lives, like the men’s sheds. Our motto is ‘better lives for men, better lives for all’,” he says.

Our children have sacrificed so much – educationally, socially and mentally
2