Redheads produce more adrenaline than non-redheads, according to new book 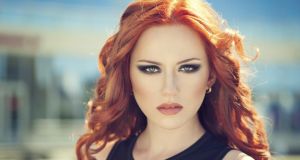 The medical world has not been above contributing to redhead myths. Photograph: Getty Images

“When red-headed people are above a certain social grade their hair is auburn.” – Mark Twain

It’s certainly not the worst dig aimed at redheads over the years, but Twain’s sarcasm is emblematic of the antipathy endured by those of a fair skin and titian-coloured hair since ancient times. The stigmatisation of redheads is revealed in a newly published book, Red: A Natural History of the Redhead by Jacky Colliss Harvey (Allen and Unwin £16.99), which includes some interesting medical facts about people with red hair.

Long before the study of genetics, the rarity of red hair led to the creation of magical and wildly imaginative explanations. Ancient Greeks decided their Thracian neighbours were especially warmongering and bloodthirsty because they were flame-haired. It was the beginning of a harsh classification the author refers to as “the wimps, the barbarians, the kooks, the witches, the bluestocking, the sexpot”.

At some point in history a dichotomy of sorts emerges: men with red hair were up to no good, with several notable paintings depicting Judas with red hair, for example, while during the reign of Elizabeth I, women fell over themselves in their efforts to dye their hair the same colour as the queen.

Science eventually intervened, although it was only in 2000 that scientists identified the gene responsible for red hair; the melanocortin 1 receptor (MC1R) protein. Having two copies of this gene triggers the production of high levels of the red pigment phaeomelanin and reduced levels of the dark pigment eumelanin, resulting in the classic fair skin, freckles, light-coloured eyes and red hair. It’s estimated redheads make up about 2 per cent of the global population. However, in northern climes, such as Ireland and Scotland, this rises above 10 per cent.

The medical world was not above contributing to redhead myths: although almost certainly apocryphal, I remember being warned on several occasions during training to keep a close eye on patients with red hair as they were likely to bleed excessively postsurgery.

Subcutaneous lidocaine (lignocaine) was significantly less efficacious in the red-haired cohort, who were also more sensitive to the perception of pain from cold and heat than the control group.

According to Collis Harvey, people with red hair produce more adrenaline than non-redheads and their bodies access it more speedily, making the transition to the fight-or-flight response more natural for them than for others. An explanation for Thracian behaviour, perhaps? And apparently redheaded women smell different from blondes or brunettes thanks to slightly more acidic skin.

There is even a scientific explanation why northern European countries have the highest concentration of redheads. When humans migrated from Africa thousands of years ago their skin lightened over time as they were exposed to less sun; in the process they lost the ability to produce high levels of vitamin D. But those with red hair were able to adapt and more efficiently synthesise vitamin D, which may have conferred a survival advantage. A heightened risk of melanoma and a possible link with Parkinson’s disease are a downside of the MC1R gene.

Red hair, it seems, is primarily a story of difference. That and a lame excuse for surgeons to cover the real reason for post-op bleeding.