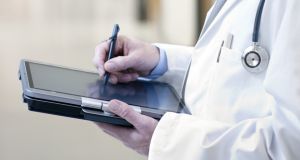 Until recently at least, doctors were inclined to be somewhat possessive about their clinical records

Is the main purpose of medical records for doctors to communicate with each other as well as to remind themselves of the details of a patient’s condition or treatment? Who actually “owns” your medical chart? Have you ever read your own medical record, in hospital or in general practice?

Until recently at least, doctors were inclined to be somewhat possessive about their clinical records. There are plenty of good reasons for this: medical confidentiality is a big issue: some doctors password- protect computer records so that only a limited number of health professionals can access clinical detail. Informal reading of your own record has never been a problem; but when data protection or legal requests form the basis of the request, an element of formality and defensiveness may creep in.

There have been proposals in England to offer patients online access to their records, which the department of health there has acknowledged represents “a challenge to the culture and practices of some healthcare organisations and professionals”. Some advocates would like to go further: as the clinical record is about the patient, that confers ownership. They say transferring control of the record to the patient means better informed and more engaged patients, leading to a more mature doctor-patient relationship.

Physicians, however, remain concerned: records could contain information that might alarm or even harm a patient. And, let’s be honest, doctors by necessity often write in a clipped, jargon-filled way – features that could make some records impenetrable or even unintentionally offensive. If you read the common abbreviation SOB in your chart, would you be insulted or would you accept it means shortness of breath?

Probably the best piece of research into this whole area was published in the Annals of Internal Medicine in 2012. It involved an experiment called “OpenNotes” that let more than 13,000 US patients read what their primary care providers wrote about them. In the study, when the note was finalised by the doctor, the patient would be notified by email. The patient could then log in to the doctor’s records from home. The results were striking: some 81 per cent of patients who saw their records reported a better understanding of their medical conditions and said they were more in control of their health. Two-thirds reported that they were more likely to take prescribed medication. Some 60 per cent of patients said they would like to be able to add comments to the doctor’s note.

Were there any downsides? Between 1 and 8 per cent of respondents reported the notes caused confusion, worry or offence. Up to one-fifth of doctors said it took more time to write up patient notes. One in three patients believed that they should be able to approve the notes’ contents, but about 90 per cent of doctors did not agree. At the end of the experiment, 99 per cent of patients wanted OpenNotes to continue, and no doctor elected to stop.

On the face of this research you would have to ask why the OpenNotes system hasn’t been championed across health systems worldwide. Hopefully it’s just bureaucratic inertia. Meanwhile, individual doctors have changed their practices.

Dr Leana Wen of the Department of Emergency Medicine at George Washington University remembers her personal turning point: “Since I started sharing notes with my patients, they have made dozens of valuable corrections and changes, such as adding medication allergies and telling me when a previous medical problem has been resolved.”

Dr Alan Coss, whose tweet alerted me to the topic and prompted this column, is a consultant gastroenterologist at the Galway Clinic. He sends copies of most of his GP letters to his patients. He has got good feedback, with patients acknowledging their story has been listened to. “Even if I can’t fix their problem, they get reassurance and some clarity,” he says.

How will the ‘Ryanair generation’ of emigrants fare post-Covid?
8

My biggest lockdown mistake? Relying on TikTok as a co-parent
10