Exercise helps us to lose weight, but what’s the optimal amount?

We have to exercise a lot – burning 3,000 calories a week – in order to actually lose weight 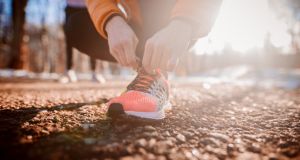 For those of us hoping that exercise might help us trim our waistlines , the more we can move, it seems, the better.

Can exercise help us shed pounds? An interesting recent study involving overweight men and women found that working out can help us lose weight, in part by remodelling appetite hormones.

But to benefit, the study suggests, we most likely have to exercise a lot – burning at least 3,000 calories a week. In the study, that meant working out six days a week for up to an hour, or around 300 minutes a week.

The relationship between working out and our waistlines is famously snarled. The process seems as if it should be straightforward: We exercise, expend calories and, if life and metabolisms were just, develop an energy deficit. At that point, we would start to use stored fat to fuel our bodies’ continuing operations, leaving us leaner.

But our bodies are not always cooperative. Primed by evolution to maintain energy stores in case of famine, our bodies tend to undermine our attempts to drop pounds. Start working out and your appetite rises, so you consume more calories, compensating for those lost.

The upshot, according to many past studies of exercise and weight loss, is that most people who start a new exercise programme without also strictly monitoring what they eat do not lose as much weight as they expect – and some pack on pounds.

But Kyle Flack, an assistant professor of nutrition at the University of Kentucky, began to wonder a few years ago if this outcome was inevitable. Maybe, he speculated, there was a ceiling to people’s caloric compensations after exercise, meaning that if they upped their exercise hours, they would compensate for fewer of the lost calories and lose weight.

For a study published in 2018, he and his colleagues explored that idea, asking overweight, sedentary men and women to start exercising enough that they burned either 1,500 or 3,000 calories a week during their workouts. After three months, the researchers checked everyone’s weight loss, if any, and used metabolic calculations to determine how many calories the volunteers had consumed in compensation for their exertions.

Unsurprisingly, the group exercising the most lost weight; the others did not.

But that study left many questions unanswered, Flack felt. The participants had performed similar, supervised workouts, walking moderately for 30 or 60 minutes, five times a week.

Would varying lengths or frequencies of workouts matter to people’s caloric compensation?

And what was driving people’s eating?

To find out, he and his colleagues decided to repeat much of the earlier experiment, but with novel exercise schedules this time. So, for the new study, which was published in November in Medicine & Science in Sports & Exercise, they gathered another group of 44 sedentary, overweight men and women, checked their body compositions, and asked half of them to start exercising twice a week, for at least 90 minutes, until they had burned about 750 calories a session, or 1,500 for the week. They could work out however they wished – many chose to walk, but some chose other activities – and they wore a heart rate monitor to track their efforts.

The rest of the volunteers began exercising six times a week for about 40 to 60 minutes, burning close to 500 calories a session, for a weekly total of about 3,000 a week. The researchers also drew blood, to check on the levels of certain hormones that can affect people’s appetites.

After 12 weeks, everyone returned to the lab, where the researchers refigured body compositions, repeated the blood draws and began calculating compensations.

And again, they found a compensatory threshold of about 1,000 calories. As a consequence, only the men and women in the group that had exercised the most – six days a week, for a total of 3,000 calories – had shed much weight, dropping about four pounds of body fat.

Interestingly, the researchers did uncover one unexpected difference between the groups. Those burning about 3,000 calories a week showed changes now in their bodies’ levels of leptin, an appetite hormone that can reduce appetite. These alterations suggested that exercise had increased the exercisers’ sensitivity to the hormone, enabling them to better regulate their desire to eat. There were no comparable hormonal changes in the men and women working out less.

In essence, Flack says, the new experiment “reinforces the earlier finding” that most of us will eat more if we exercise, but only up to about the 1,000-calories-a-week inflection point. If we somehow can manage to burn more than that amount with exercise, we probably can drop weight.

But, of course, burning thousands of calories a week with exercise is daunting, Flack says. Plus, this study lasted only a few months, and cannot tell us whether later changes to our appetites or metabolisms would augment or undercut any subsequent fat declines.

Still, for those of us hoping that exercise might help us trim our waistlines , the more we can move, it seems, the better. – New York Times