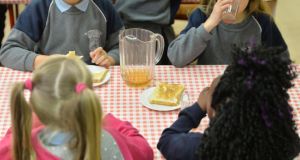 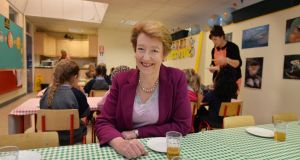 When Áine Kirwan arrives at school every morning she is struck by the sound of children’s chat and laughter that fill the corridors that lead to the breakfast room.

Kirwan is the principal of St Patrick’s Junior National School in Corduff, Dublin 15, a mixed school for children from junior infants to second class that introduced a breakfast club for its pupils in 2005.

The club, which provides the children with a nutritious breakfast of cereal, juice, toast and fruit, opens at 8.30am and finishes just before 9am, when classes begin. On any given morning between 40 and 60 pupils at the school have their breakfast at the club, which is open to all 260 pupils.

There has been a 40 per cent increase in the numbers attending since 2005, according to Kirwan.

“Over the last number of years, with the recession, more and more families are availing of the service,” says the principal, stressing that there is a range of reasons for parents to send their children to the club.

“The way things have gone, people are under pressure. There can be a variety of pressures, from [parents] trying to get out to work . . . to not having the means.

“It could be that the children are so motivated to go to breakfast club they might be anxious for them to attend.

“There’s a real positive energy that happens around it and the children absolutely enjoy it. There’s the whole social interaction and there is the whole dynamic of waking up the day.

“You see some sleepyheads, but when they arrive into class they are ready to start and ready to learn,” says Kirwan. Without the breakfast club, there would be some children who would come in without a breakfast.

The school is one of 650 nationwide – the majority of which, like St Patrick’s, are Deis schools – that receive funding through the Department of Social Protection’s school meals programme to provide food for breakfast clubs.

But many other schools do not receive funding for school meals, and run clubs with the help of volunteers. This is the case at St Munchin’s Girls’ National School, in Ballynanty, Limerick, a Deis school that caters for boys from junior infants to first class, and for girls from second to sixth class.

It runs a very popular breakfast club on Mondays and Fridays that is attended by 100 of its 180 pupils.

“We introduced it as an attendance and punctuality strategy, and selected those as the days when such difficulties are most likely to be an issue,” says Rena O’Shea, the principal, who uses part of a Deis grant to run the club and doesn’t have the funds to run it every day.

“Because we only have it two days a week there is a big novelty factor and we get really high attendance,” she said.

“There is a small minority that don’t have a breakfast at home.”

“Interestingly enough some kids come in having had a full breakfast, but they enjoy it. The toast is a hit in the winter.”

Healthy Food for All

Each day about 30 pupils attend the “Trinity AM” club, which operates on a shoestring budget and is heavily dependent on donations from the local shopping centre and past pupils in the absence of any designated funding.

It is run by an enthusiastic team of volunteers, who are teachers and parents, and the principal, Jerry Grogan, says it has been a great success.

Meanwhile, one of the main reasons St Patrick’s Boys’ National School, an all-boys school on the Ballyhooley Road in Cork city, introduced a breakfast club in 2008 was to improve pupils’ concentration.

“We found children were coming to school without having had a breakfast, for one reason or another,” says the principal, Joseph McCarthy.

Today an average of 24 boys out of a total of 216 attend the club, which receives funding from the School Meals Programme, each morning and have cereal, tea and toast, yogurt drinks and fruit.

McCarthy says it makes the pupils happy. “There’s a social element to it and that can be useful for poor attendees,” he says. “They can come in for their breakfast and have a chat with their pals, and school is seen in a more positive light.”

“We’re making it easier for them to come in. Some parents might not get up early in the morning and the child might think . . . I’ll go to school and have breakfast there.”

The spokeswoman for the National Parents Council (Primary), Áine Lynch, says breakfast clubs offer an opportunity for families to engage with schools.

“There are some breakfast clubs where parents can come to eat breakfast with their children at the school and do activities with them. It’s a way of connecting the home and school environment in a very positive way.”