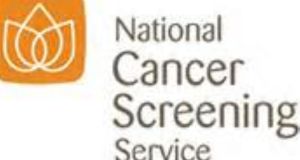 A documentary focusing on the experiences of people diagnosed with Asperger’s syndrome and made by volunteers with intellectual disabilities and mental illness has won an award for health communication.

The Misunderstood, a service-user-led documentary by Caroline Brennan and her team at GiantLeap Productions, took two years to complete. The project, aired on Dublin City FM, was the first time many of those involved had done any media production work.

The project won the award for Best Health Communication through Journalism at the seventh annual Crystal Clear MSD Health Literacy Awards, which were announced yesterday.

Four other projects were recognised for their efforts to communicate health information clearly to the public.

The award for Best Project in General Practice went to BUGRUN, an e-resource developed in the form of a game to raise awareness about the risks of overusing antibiotics.

SteppingUP, a support for children with long-term illnesses, won the category for Best Project in a Hospital while Best Project in a Community or Social Setting went to PUMP4Kids, which provides resources to children to support them managing diabetes.

The National Cancer Screening Service was awarded Best Health Promotion Project for its work on BowelScreen, which gives people support and instruction in using home-testing kits to screen for bowel cancer.

‘Ross, from this morning, you’re going to be home-schooling Honor.’ I laugh out loud
6