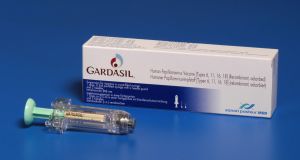 How common is cervical cancer?
Cervical cancer is one of the three most common cancers affecting female gynaecological organs (the others are ovarian and uterine).

It is a cancer of the cells of the cervix, the neck of the womb. It is relatively rare and the success of screening has made occurrences more rare. It mainly affects sexually active women aged between 24-64.

Between 2008 and 2010, on average there were 308 cases of cervical cancer a year in Ireland and 88 recorded deaths in 2010, according to the National Cancer Registry Ireland.

What are the main risk factors?
Infection with the high-risk forms of the human papilloma virus (HPV) is behind more than 70 per cent of cases. Four out of five women will have been infected by HPV at some point – making it pretty common. There are more than 100 different types of HPV. Most are low risk and do not cause changes to cervical cells. For most women, it will clear within a year or two, without doing any harm. However, in some it won’t clear – though the reasons for this are not known yet. This virus is transmitted through sexual intercourse or intimate contact.

But isn’t there is a HPV vaccine?
Yes. It’s available free of charge from the Health Service Executive (HSE) for girls in first year of second level school. Gardasil, produced by Sanofi Pasteur, was chosen for the HSE’s programme. There have been some calls for teenage boys to also get the vaccine.

The Regret group was founded by parents concerned about symptoms suffered by their daughters, which they claim are linked to the vaccine. The group represents 130 girls.

What does a smear test involve?
A smear test (sometimes called a pap test) is used for cervical screening. It is a simple procedure where a doctor or nurse takes a sample of cells from the cervix (neck of the womb) to be examined for early changes on the cells. A smear test can identify cell changes before they become cancer cells. If these cells are not found and treated, they could become cancerous over time.

A smear test is a simple test that takes about five minutes. It may be slightly uncomfortable but should not be painful. The appointment should generally take about 15 minutes in the doctor’s surgery or health clinic.

If I need treatment, what’s the process?
Treatment depends on the type of abnormal cells in your cervix. Most abnormal cells are pre-cancerous and their removal should end the process. The most common treatment for the abnormal removal of cells that are discovered during a colposcopy, the examination that follows a smear test, involves a biopsy and large loop excision of the transformation zone, known as LLETZ. It involves the use of a thin wire loop heated with an electric current. It takes five to 10 minutes and it is 90 per cent successful.

Further treatment will depend on the severity of cervical cancer and whether it has spread beyond the cervix. Surgical options then range from cone biopsy to hysterectomy.

Following any successful procedure, it is important to continue to have regular screening.

Where can I get screend?
Testing for changes in the cervix when you have no symptoms is provided by general screening. CervicalCheck is the national cervical screening programme in Ireland . Women aged 25 to 60 years are entitled to free tests every three years and every five years from the age of 45 if all previous smears have been normal. The same service is offered in Northern Ireland. Contact CervicalCheck at 1800 454555 or cervicalcheck.ie and Cancer Screening Northern Ireland at 028 90311611, cancerscreening.hscni.net

I wanted to learn more about how sex gets better with age, but my battery was running out
3