A Week in My . . . caring role: ‘I see that older people have acceptance’

Amanda McCarthy is a carer employed by a private agency. She looks after older people in their own homes 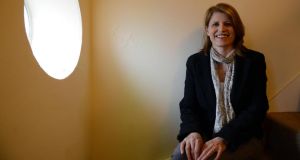 Amanda McCarthy, a carer employed by an agency in Booterstown, Co Dublin. ‘If I wanted to, I could work Monday to Sunday, 24 hours a day. That’s the demand there is for this type of care.’ Photograph: Eric Luke

The latest I finish my working day is usually at 2.30pm. The reason I got into caring in the first place was nothing to do with being a fine person, or anything like that. I couldn’t get a job to fit in with my daughter’s school hours. She’s 12 and in sixth class and I like to be there when she comes home to make sure she eats something and does her homework or whatever. In this job, I could be available on my own terms. I used to work in the IT sector and I didn’t want to go back. I’ve two teenage boys and my husband travels a lot with his job, so it’s really down to me to make sure everyone comes home and stays home,

So I decided to try being a carer for a year. It turned out that I liked it very well. I love it. I’ve no intention of changing tack for the foreseeable future.

The first client I had when I started was one hour a day, four days a week. That was Molly, who was 99 when I met her, and she will always be my favourite. She made me love the work. She was incredible. I’m still in touch with her family. Everyone I’ve met, I’ve really liked.

The relationship warms up; in the beginning there can be fear. For the most part, when someone brings in home care they haven’t made that decision. Someone else has made it for the: siblings, relatives, the doctor. That’s what happened with Molly.

I get up at 7am and see the three children off to school. Because I live near the office [of Homecare Plus, the company Amanda works for] in Booterstown, and also near the people I care for, I don’t have to leave the house until 8.15am. I think if you had to come across town in traffic, as lots of the girls do, it would be difficult to sustain your enthusiasm.

If I wanted to, I could work Monday to Sunday, 24 hours a day. That’s the demand there is for this type of care.

We do more general, personal care, not so much clinical care.

Work starts at 8.30am. I have one client every morning from 8.30am to 10.30am, five days a week. I have one female client I see once a week, from 11.30am to 1.30am, who just needs very practical help. I help her with her shopping, hanging out her washing and so on. I have one male client whom I see from 11.30am to 2.30pm on Monday, Wednesday and Friday. It’s so that his wife can go out. I’m keeping him safe, really. We’ve become friends.

With him it is mainly companionship and some light household duties such as the ironing. We might go for a walk. I might bring him to the barber or to the chiropodist. One female client I have is still in bed when I arrive first thing in the morning, so I do some personal care for her, some shopping. She’s much more techie than me. She had to show me how to take a photo on her iPad.

This woman is 86 and she’s always travelling. She’s never out of the air – and some of her health issues are quite serious. We made a list of things to ask her doctor, but she hasn’t time to visit him until she’s back from her next trip.

People don’t care about the dirty dishes in the sink; they want a conversation. I do think it’s an ideal job for women, although that’s a sexist thing to say, but I think women are better at talking about things that might worry the clients: “I worry that my daughter isn’t happy,” “I imagine I hear things at night,” and so on.

You see the heavy price this generation has paid for emigration; a lot of their children are abroad. And you see how vulnerable they are to crime. I had one client who was robbed twice in three weeks: the first time by two teenage girls, the second time by an adult man. My client let them into the house both times.

You have to work things out. I had one lady with stroke and dementia. I used to worry about being able to talk to her, but once I’d found a subject she liked, we could be sitting in the sun and chatting away for hours.

At the start of this I had two days’ training and had to be vetted by the Garda. I didn’t understand the vetting until I saw the Leas Cross [nursing home] documentary and how the patients there were treated. Then I understood why we had to be vetted. The people working in the [nursing] homes had minimal training. So the HSE decided, quite rightly, that we should all have the same quality training.

We had to have two modules completed by September 1st; that was two modules in eight weeks.

The training is provided by a private business. In our company we paid half the cost of training and our boss, Michael Harty, paid the other half. But I’ve seen some immigrants pay thousands to do those courses and I’ve seen the companies that employ them refuse to give them their certificates, so that they are forced to work for them. It’s exploitation.

You wouldn’t go into this job for the money; it’s €10 an hour, basic daily rate, but you get slightly more at weekends and more if you work nights. And I get paid holidays.

In our work you see isolation, loneliness, rifts, I hesitate to say negligence. This is a prosperous area and the people I meet can afford to pay for their care. They’re quite comfortably off.

What I’ve learned is something my mother always told me: don’t sweat the small stuff. I’ve a client who just whips off her nightdress in the morning. You see that old people have acceptance and have totally mellowed. If they do go through an illness and come out the other side, and you’ve been on that journey with them, you see how grateful they are. So I’m much kinder to my children when they leave their smelly football kit all over the place.

Basically you do for your clients what you do for your own children or for your own mother. Things such as helping with showering or giving a bed bath or helping people in the toilet, are delicate. You’re treading on eggshells the first time. I say, “I’ll be outside if you need me,” or something like that. You get used to each other.

And also you realise some people are just designed to live long; they know when to move. Molly was the same. They just get up and move around. It’s just an instinct.

I’m 1,000 per cent in favour of letting people live and die at home. It makes somebody’s passing so much easier to know they got what they wanted.

Of course I go to the funerals. Absolutely. At that point you know their family, you’ve seen the photos, you’ve become a personal friend.

At Molly’s funeral, her nephew, giving the oration, said that Molly had said: “Amanda brought the sun with her.” Now my family would say the opposite, but if I never get another compliment in my life, that’s enough for me.