‘Yes, it’s high in nutrients and better for you than crisps, but does kale taste nice? 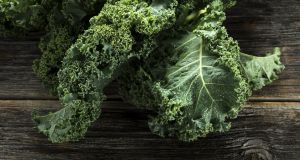 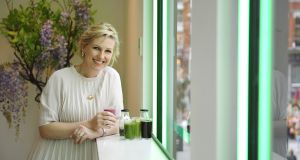 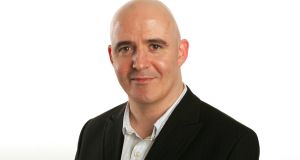 Conor Pope can’t stand kale, so why did he order it in a salad bar?

It’s rare nowadays, that you can find an ingredient that ticks every box (unless you’re a three-year-old child). Kale seems to be one of the few ingredients I haven’t read something depressing about – unless you count the rants of carnivores or conventional diet experts convinced there is a “clean eating” conspiracy that’s disproportionately linked to the amount of kale consumed by young, good-looking women. I call that nutribabble.

Kale is great for many a reason, not least because when it’s cooked well, it’s delicious. Locally grown? Tick. Nutritious? Tick. Environmental impact? Pretty sound, so Tick, Tick! Even fast food giants are getting in on the act: kale is served in MacDonald’s salads in the US.

There are so many ingredients I love, such as avocados, quinoa and fish, for example, that are fraught with a big, fat feeling of guilt when I buy them. If we’re not ruining the indigenous foodstuffs of Peruvians, or wrecking Mexican forests, then we’re destroying our ocean for future generations. Not very appetising. I, too, am guilty of putting my head in the sand, to be honest.

But kale, my old dear, you don’t seem to bother anybody. I eat it a few times a week. Not just because it’s good for me, but because it’s absolutely delicious. It’s hardy as hell, so it is great marinated with an Asian dressing pumped full of garlic, sesame and ginger. Or with a creamy Caesar dressing.

It can take a chilly night or two in the fridge, something very few wussy-pants “salad” leaves can do. I love roasting it till crisp with olive oil and lashings of salt (my kids will eat it that way too), sautéed gently with butter and garlic, or my favourite new trick, lightly roasted and wilted and used as a wrap for crisp confit duck. What’s not to love?

Kale must be scratching its head in wonderment at how it has suddenly been catapulted into the super league by food faddists from Portland to Portumna. For years the dark green vegetable contented itself with being a sharp tasting, vile smelling, weed-like leaf whose proper place in the world was cocooned in heavily buttered mashed potatoes and styled as colcannon.

And it was nice, in a warm and hearty kind of way. But no-one in their right mind would ever have described colcannon as healthy.

Then, almost overnight, kale found itself rubbing shoulders with so-called super foods such as goji berries, chia seeds, the sweat of Tibetan mountain goats, and all the other ridiculous notions a certain cohort of people with more money than sense chose to eat in the belief that it would make them live forever, while looking eternally beautiful.

Suddenly kale was everywhere. It showed up in crisp bags (kale crisps??? Seriously, world?). It was dressed up as salad and lightly tossed in garlic and chilli oil. It even starred in some of the most disgusting juices ever conceived.

Yes, yes, yes, it is high in nutrients and is probably better for you than a bag of Tayto, but does it actually taste nice? Can you ever imagine yourself saying the sentence: “Yum, kale for dinner again tonight”?

True, it can be made vaguely palatable with the addition of salt, butter and multiple other seasonings, but so can cardboard and you don’t see people banging on about that in cook books, now do you?

The ultimate test of any vegetable is how it tastes unadorned. Not long ago, this writer inexplicably bought a tofu and kale salad in a Chopped outlet after panicking at the ordering counter.

Even more inexplicably, we then asked for our “salad” to be dressed only in lemon juice. It was – explicably – horrible, just like eating the weeds in a lemon grove, with an occasional slug added to the mix for texture. Time slowed as we mournfully munched our way through it.

In many ways kale is the Donald Trump of the food chain – demonstrably horrible but still weirdly popular, at least among a largely intolerant clique who seem able to shout louder than the rest of us right now.

Fingers crossed the fates of kale and The Donald will be similar and their time in the spotlight will be fleeting and relatively harmless.

Domini Kemp is a chef and food writer and co-owner of the Itsa and Alchemy food businesses. Conor Pope is an Irish Times journalist