The most influential Irish people on the London food scene 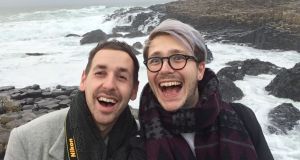 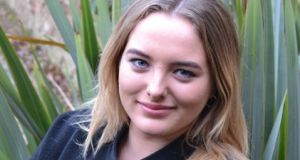 A chip off the old block ... Jessica Corrigan, daughter of Richard Corrigan, joins the Murphia List of London food and drink scene influencers 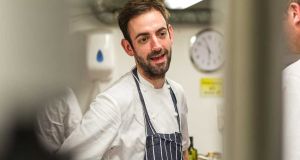 It’s no coincidence that one of London’s most influential restaurant websites, Hot Dinners, which has been described as “the first place anyone in the industry goes to see where they should be eating dinner tonight”, is run by an Irish sister and brother team.

Catherine and Gavin Hanly, who have been included in the city’s Progress 1000 list of most influential people for the past five years, are well connected to the influential Irish chefs, restaurateurs, brewers, distillers, retailers and writers who are shaping the city’s food and drink scene

The third annual Hot Dinners Murphia List, published today, includes nine new entries, and is the latest Who’s Who of the London Irish in the hospitality and food and drink sector.

Chef and restaurateur Richard Corrigan, who now spends his time evenly between Virginia Park Lodge in Co Cavan and his two London restaurants Bentley’s and Corrigan’s Mayfair, is joined on the list for the first time by his daughter Jessica Corrigan (21), who is working in food public relations at Network London.

“The middle child of Richard Corrigan, Jess entered the PR side of the London food world in early 2016 under the tutelage of Maureen Mills, who represents chefs such as Hélène Darroze, Simon Rogan and Tom Sellers”, the Hanlys say.

Corrigan’s elder son, Richard junior (27), is hotly tipped to make the list next year, having just been appointed general manager of Corrigan’s. He graduated from Les Roches School of Hotel Management in Switzerland and has previously been sommelier at Corrigan’s and assistant manager at Bentley’s. Richard and Maria Corrigan’s third child, Robbie (17) is a boarder at Glenstal Abbey in Limerick.

Chef Andy McFadden is also a new addition to the Murphia List this year. The Tallaght native is executive head chef at Michelin-starred Pied à Terre, and recently featured in the TV series Celebrity MasterChef , when he invited the three finalists into his kitchen to work a lunch service.

Alex Muir from Doolin, Co Clare has some of London’s top hotel restaurants on his CV – among them the Mirror Room at Rosewood London and Outlaw’s at The Capital. Last year he joined the pre-opening team at Four Seasons Ten Trinity Square to launch Anne-Sophie Pic’s La Dame de Pic, where he is restaurant assistant manager.

A distiller and a brewer also make it to the list for the first time this year. Dave Mulligan is a partner, along with Cara Humphreys, in Bán Poitín, which is made in Newtownards, Co Down. Mulligan is also a mixologist at Ladies & Gents bar (yes, it is a former public convenience) in Kentish Town.

Steve Ryan is a food and drink photographer, originally from Kilkenny, who is also co-founder of 40FT Brewery, a micro-brewery in Dalston. He is the founder of independent food magazine Root + Bone.

Russell Alford and Patrick Hanlon blog as GastroGays, and write about food and travel for a variety of publications. This is their first year to be included on the Murphia List, and they have also recently joining the demo chefs line-up on TV3’s Seven O’Clock Show.

According to Hot Dinners, restaurant writer Joe Warwick is the person responsible for coming up with the concept of the World’s 50 Best Restaurants list. He is from Northern Ireland and is the author of Where Chefs Eat ( he is currently working on a 2018 edition of the book).

The final new addition to this year’s list is Garreth Walsh, who is general manager of The Marylebone hotel, part of the Doyle Collection. Dublin-born Walsh is a Cathal Brugha Street graduate and has been GM at The Marylebone since 2011.

Robin and Sarah Gill (chef/proprietors of The Dairy, The Manor and Paradise Garage)