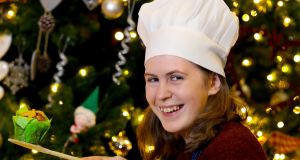 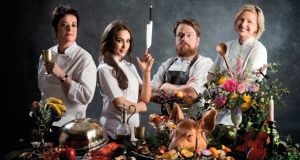 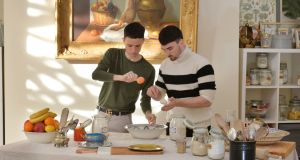 A centenary-themed muffin made with spiced fruit has earned 16-year-old baker Éabha Campbell from Co Monaghan the title of youngest supplier to the 128 Aldi stores in Ireland.

The muffin, inspired by a traditional gur cake recipe as it would have been sold on the streets of Dublin in 1916, went on sale this week.

In September, Campbell won the Foróige National Junior Baking Competition, sponsored by Aldi, for the second year running. Part of her prize was to have her winning recipe manufactured by the supermarket chain and go on sale nationwide.

Campbell, a member of Truagh Foróige Club in Co Monaghan, created a tea-infused spiced fruit muffin, described by judges as “outstanding” , for the competition. After regional rounds, Campbell was crowned national champion at the Ploughing Championships in September.

The muffins, which carry a punchy calorie count of 385 kcal, are sold in packs of two, costing €1.79. They are made for Aldi by West Bake Glenamaddy Ltd, in Co Galway.

“I am very grateful to both Aldi and Foróige for this opportunity. I still can’t believe my muffin is on sale in Aldi stores nationwide. I am sure it won’t soak in until I see my product on shelf,” the teenager said, describing her win as “the icing on the cake”.

Baking is also to the fore in Taste of Success, sponsored by Lidl, the final of which will be screened on Tuesday at 8.30pm on RTÉ One. There is a prize package worth €100,000 for the winner of this third series of the programme, and the successful product will go on sale in 140 Lidl stores in Ireland.

Snapchat star James Kavanagh and his boyfriend William Murray, who run a Dublin-based catering and events company, Currabinny, devised a white chocolate and pecan banana bread which has won through to the final. Kavanagh and Murray are mentored in the series by Domini Kemp.

JP McMahon is mentor to the other finalist, professional chef Michelle Kilkenny, from Doughiska, Co Galway. Kilkenny’s recipe is for beef and stout Paddy Pie, topped with mashed potatoes.

White chocolate dispersal in the loaf has been the crux issue for Kavanagh and Murray throughout the series, which began in September, while Kilkenny has had to experiment with different cuts of meat, and various qualitities and types of mustard in her potatoe pie topping.

Belfast feels anything but claustrophobic to this Dubliner
5

Life as a carer: When a child’s diagnosis means ‘a disease for life’
9