Number of places offering food and hospitality ‘with heart’ is growing 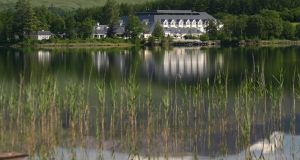 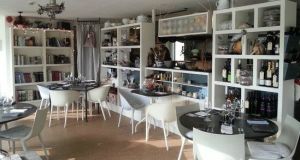 The winners of Ireland’s longest-running food and hospitality awards were announced on Thursday, as the very best in Irish hospitality gathered at Bord Bia for the 2017 Georgina Campbell Awards.

So where are the winners coming from this year?

Well, food outside of Dublin and in rural areas, seems to be stepping up. Campbell said, “We’ve had some especially good experiences in Northern Ireland again this year, and in areas such as The Burren and the northwest, including Derry, where communities work together to promote quality and bring different elements of hospitality together.”

Chef of the year: Sebastien Masi, Pearl Brasserie, Dublin “Just ask!” restaurant of the year: 1826 Adare, Adare, Co Limerick. “Just Ask!” is a Bord Bia public awareness campaign that aims to encourage consumers when eating out to look for information on where the food (particularly meat) on their plate comes from.

Business hotel of the year: The Fitzwilliam Hotel, Dublin & Belfast

Pet friendly hotel of the year: The Salty Dog, Bangor, Co Down

Guesthouse of the year: Number 31, Dublin

These homes are the business – or should that be the other way round?
8