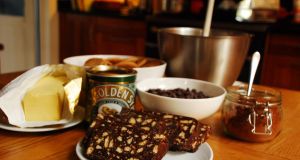 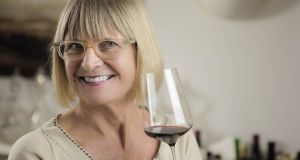 Memoir cookbooks are often the most successful in the food genre. Sumayya Usmani’s recently published Summers Under the Tamarind Tree (Frances Lincoln, £20) is a perfect example, more than living up to the “recipes and memories from Pakistan” that the subtitle promises.

Usmani, a former commercial lawyer in the city of London, lives in Glasgow and teaches cooking as well as writing about food. She brings an academic rigour to her first book explaining, for example, the different methods used in cooking Pakistani foods and the differences between masasla blends and family influences on them. Don’t miss her recipe for daal dust.

Our own John Wilson goes up against the UK wine writer Jancis Robinson (above) in a Bordeaux versus Burgundy wine debate next month in front of an audience in Dublin. “Jancis bagged Burgundy, which is always the emotional favourite. I am Bordeaux, so will have my work cut out,” Wilson says. To cheer him on, you can book tickets for the debate, which will take place at 7.30pm on May 19th in the Royal College of Physicians at 6 Kildare Street, at seminars.ie.

Wines from the Iberian peninsula will be in the spotlight at Ireland’s first Spanish Wine Week (April 11th-17th). Tempting offers include a glass of Albariño and a seafood tapa (€3) at the Cliff Townhouse; sherry happy hour at Stanley’s, Dublin 2, and 20 per cent off Spanish wines at shops including Thomas Woodberrys Wines in Galway, Curious Wines in Cork and Naas, and O’Briens nationwide. There will also be tastings and talks and details of events are online at winesfromspaininireland.wordpress.com.

Wine from the Bouchard Finlayson vineyard in South Africa and a six-course menu created by chef Jonathan Keane will be on offer at The Lodge at Ashford Castle in Co Mayo on April 26th. The vineyard is owned by the Tollman family, whose portfolio also includes Ashford Castle. Oysters, rabbit and duck will feature, and the wines will be introduced by Lia Poveda, the vineyard’s global ambassador. Tickets are €100, including a welcome reception and the tasting menu with wines. See thelodgeac.com.

Léonie Ferguson has built a business based on her childhood recipe for chocolate biscuit cake, and now sells it in a variety of sizes, from mini bites, to bars, to large slabs , and an iced alternative Christmas cake. Her Lainey’s Handmade Foods bars are rich, intense and fudgey. She used to make them at home in Kilquade, but they are now made to her recipe by a bakery in Kilcoole. They are on sale in SuperValu stores in Dublin, Wicklow, Carlow and Kildare, and in independent food shops and cafes. For stockists, see laineyshandmadefoods.ie.

10 things to do in the garden now, to give your a lovely spring
10