Farmette in the frame at US film festival

A new Irish food and farming film will be screened at Food Film Fest in Chicago today, writes Marie-Claire Digby 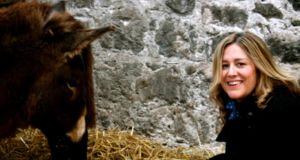 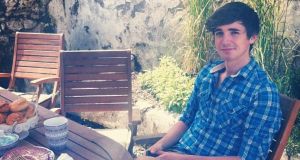 Some stills from 'Small Green Fields'. Donal Skehan in Howth 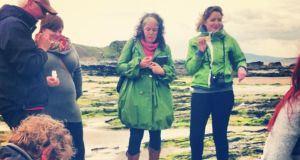 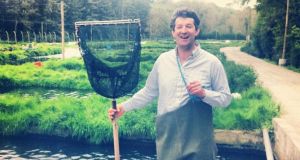 Small Green Fields, a documentary short film on Irish food and farming, produced and directed by food writer Imen McDonnell, is one of five films being screened today at the Food Film Fest in Chicago.

McDonnell, best known for her blog, Farmette, worked in TV and media production in New York, Los Angeles and Minneapolis before moving to Ireland. She lives on a farm in Co Limerick and writes a weekly column for Irish Country Living.

Her first book, with the working title The Farmette Cookbook, is being published in the autumn of 2015. Last summer she invited a film crew from the US to travel with her to food festivals in Donegal and Meath, and to meet some of Ireland’s farmers and food producers, to document what she believes is an Irish food renaissance.

The 15-minute documentary film features footage from the Inish Food Festival in Donegal and the Sheridan’s Food Festival in Co Meath, as well as interviews with butcher Pat Whelan, who introduces his Wagyu cattle; Suzanna Crampton who talks about her Zwartbles sheep; Donal Skehan, who takes the crew on a visit to Howth, including a stop at his favourite fishmonger, and Mag and Ger Kirwan of Goatsbridge Trout Farm, whose trout caviar will be served on Sheridans Cheesemongers' brown bread crackers to filmgoers at today’s screening in Chicago.


You can watch Small Green Fields online at farmhousefilms.ie and on McDonnell’s blog at farmette.ie, from next Wednesday, November 27th.