Turbo-charged wines: the big beasts of the wine world 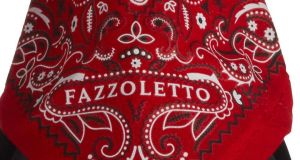 There are various ways to boost alcohol in a wine. You can add sugar to the fermenting must, or invest in expensive high-tech machines that increase the concentration of flavour and sugars. But one of the most ancient ways of all has been enjoying a new lease of life. You may never have heard of it, but wines made by the appassimento method have been growing in popularity over the past decade.

The best known passito wine (those made by the appassimento method) is Amarone from the Valpolicella region. Traditionally bunches of grapes were carefully laid out to dry on bamboo mats in farmhouse lofts for several months. These days drying is more likely to take place on plastic trays or steel racks in large temperature-controlled warehouses. This process (used around the Mediterranean to produce sweet wines since time immemorial) increases the level of sugar, and therefore the potential alcohol. Amarone must be at least 14 per cent alcohol content but is often 15-16 per cent. Recioto is a rare sweet version of Amarone. The same region is also responsible for Ripasso, where the winemaker referments a finished Valpolicella on the used Amarone skins.

In the Veneto there has been a dramatic increase in the production of Ripasso wines, and a consequent decrease in lighter Valpolicella. The first ever Ripasso, Masi Campo Fiorin, is widely available for about €20.

Once confined to northeast Italy, the practice of drying grapes has spread to other parts of Italy, and even as far as Australia and Argentina. As well as increasing alcohol, the process adds body, richness and a smoothness in the mouth. The fruit character changes too. Having spent some time on dried skins, most appassimento wines have subtle or marked flavours of raisins, prunes and other dried fruits. Many winemakers use only a portion of dried grapes to give the wine a gentle boost and add texture.

I cannot claim to be a great fan of these wines; while the occasional glass of Amarone with a few chunks of Parmesan is a nice way to finish off a meal, usually I prefer something lighter. It is not just the alcohol; some qualify as off-dry or even medium-dry wines. Three of the four wines below would have generous levels of residual sugar. However, I am certainly in a minority, as retailers everywhere report buoyant sales.

According to O’Briens’ wine director Lynne Coyle MW, it is all about the style of wine. “In general the wines are very accessible; fruity, with some ripeness and sweetness and they have an overall impression of smoothness in the mouth. They appeal to people discovering red wine but also to people who enjoy the popular Ripasso and Amarone wines; these “me too” wines offer something of this style often at more affordable price point.

Four more ‘me too’ wines to try

The antithesis of the three wines below. Lovely light juicy red cherry fruits, with good acidity and an easy finish. Perfect by itself, with pizza or lighter tomato-based pasta dishes.

Juicy ripe plums and blackcurrants with a smooth rounded finish. It comes with a mini fazzoletto rosso, the scarf worn by Italian resistance fighters in the second World War. Drink with rich pasta dishes – lasagna or braised beef.

Rich powerful and smooth with coffee, dark chocolate and ripe dark fruits. Save this one for a grilled steak or a Thai red beef curry.