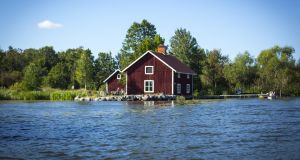 One of my favourite Swedish traditions is midsummer, where new potatoes, pickled herring and strawberries are all on the menu

For many, the mere mention of Sweden brings visions of flat pack furniture, pickled herring and ABBA. Beyond this stereotypical view, Sweden is a country that prides itself on tradition.

This sense of tradition (and learning not raise my eyebrows) is something I learned quite early on in my relationship with a Swede.

I didn’t say a word when I came home on our first Easter together to find Sofie decorating huge branches of a birch tree with neon coloured feathers, or when I found myself mouthing along to a rousing chorus of Helan Går (A Swedish drinking song) with her whole family, before downing shots of caraway seed spiked schnapps, and joining in the unceremonious sucking of crayfish at the traditional late summer kräftskiva (crayfish party). It all quickly became the norm. 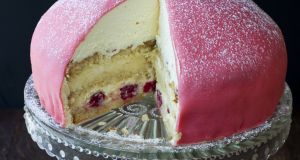 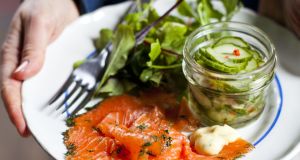 Just to give you a sense of what the average Swede has to contend with, their traditions include eating cream buns on “Fat Tuesday”, dressing their children up as witches at Easter, wearing traditional costume on Sweden’s national day, and watching Donald Duck cartoons every Christmas Eve.

That’s before you include weekly traditions such as pancakes and pea soup on a Thursday, and the daily halt of work to exercise their right to fika (to have coffee), which a huge part of Swedish culture where coffee and cake is enjoyed at home and in the workplace).

One of my favourite traditions is Swedish midsummer. Families up and down the country dance around the maypole adorned in wild flowers, and women wear handmade wreaths in their hair. It’s a celebration of summer; new season potatoes, jars of pickled herring, and strawberries with lashings of whipped cream are on the menu.

While the Swedes’ celebrations will already be well under way, if you fancy joining in the fun, try the recipes here. Glistening dill speckled slices of gravadlax and an epic cake fit for a Swedish princess – what more could your inner Viking want?