Battle of the festive biscuits 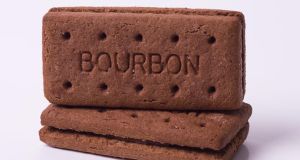 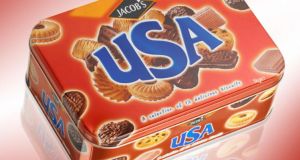 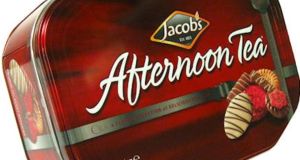 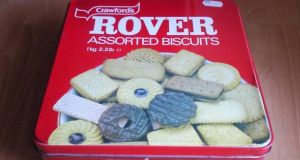 Rover families were to be universally pitied. The biscuits were poor with a preponderance of chocolate bourbons

Traditions die hard in Ireland and Christmas ones die harder. Among the more enduring family traditions we have are the Special Biscuits, the ones that only ever appear on Christmas Day once the turkey has been gobbled and the telly turned on.

Families who bought a particular brand of biscuit back in the 1970s – for reasons that have long faded into irrelevancy – do not return to them year in year out because they are particularly brilliant; sometimes they are quite the opposite in fact. Families come back to them because they are familiar. The reason the same old biscuits come through the wreathed doors every year is because they evoke memories, memories of Christmases past when Santa brought the presents you never knew you wanted until you saw them under the tree and pink wafers didn’t bring the very real risk of Type 2 Diabetes with each mouthful.

We tend to lose the run of ourselves at this most wonderful time of the year – stocking up on food like we’re heading into a nuclear winter and spending money like we had it – but rarely is that run lost as hopelessly as when we it comes to buying the biscuits.

In a normal week, sober folk found in supermarket treats aisles might buy a packet of biscuits – or two at a pinch. Chocolate Hob Nobs if they’re feeling flash or some class of plain digestive if a monkish asceticism has taken hold. But in the week leading up to Christmas the biscuit gloves come off and we thumb our noses at the packets and plump instead for the tins stacked hundreds high along the aisles.

We pay over the odds for these tins despite the fact at least 50 per cent of what we are going to find sitting in the plastic trays is kind of rubbish. When you buy a packet of biscuits you get exactly what you want and what you have paid for. Every single time. But a tin is like a lottery and as with all lotteries there will be winners and there will be losers. There will always be biscuits everyone wants and always those no one in their right mind would ever eat – we’re looking at you, custard creams.

While there has been a diffusion in the tin market in recent years as options have increased, in the 1970s Irish families could be split into four categories: Rover families, USA families, Afternoon Tea families. And Protestants. There was also the chocolate Kimberley brigade but until the 1980s they were little more than a curious splinter group.

Rover families were to be universally pitied. The biscuits were poor with a preponderance of chocolate bourbons. Frequently they didn’t even come in a tin but a cheap cardboard box. Afternoon Tea families looked down their noses at the USA families who – they thought – were forced to chose between inferior quality chocolate assortments and weird biscuits with luridly lemon fillings. The Afternoon Tea tins, on the other hand, had large rings of oddly orange-coloured biscuits slathered in chocolate, small sister rings with sugary red jellies on top, sugary shortbread, more than a handful of chocolate fingers and loads of pink wafers.

Protestants baked their own biscuits.

Typically, the Christmas biscuits came in tiers and frequently those tiers could reduce small children to tears. Who among us hasn’t gone for the nice biscuits on the bottom level before the top one was fully eaten? We knew it was wrong – of course we did – but when all that was left in tier one were custard creams or weird Marietta-style knock offs, what choice did we have? And who among us hasn’t felt the bitter, stinging disappointment when we guiltily lifted the plastic tray only to discover that someone else had beaten us to the chocolate rings with the jelly on top?

While many Christmas traditions have had songs penned about them, they never speak to the Irish soul. We don’t roast chestnuts on an open fire, wouldn’t recognise mistletoe if it fell into our soup and we never stopped moaning that one time in living memory we did get a white Christmas.

So hats off to Dubliner Mark Geary for writing a paean to the biscuits that make an Irish Christmas unique. He wrote the song – which he has recorded with Glen Hansard and released this year to raise money for the St Vincent de Paul – while he was living a fairy tale in New York and missing his hometown. The lyrics are a mix of conflicted emotions and rather than painting a saccharinely sweet Hallmark-inspired picture of the Irish Christmas. They recognise that while it is the season to be jolly, it can also be a difficult one, when an almost unbearable loneliness can descend. The Christmas biscuits won’t make that sadness go away – or even add to any joy out there – but they are part of who we are and deserve to be celebrated.

Christmas Biscuits in aid of St Vincent de Paul is available to download from itunes. For more see markgeary.com or svp.ie