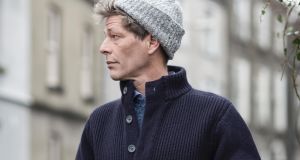 The storm jacket – a luxury version of the donkey jacket in merino, €520, from Inis Meáin. Photograph: Matthew Thompson 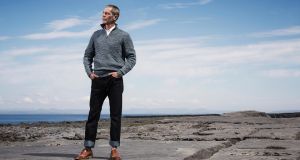 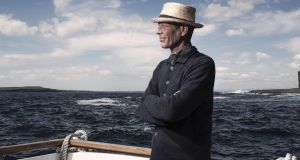 An updated version of Inis Meáin’s pub jacket, in linen with side vents and six buttons, €375. Photograph: Matthew Thompson 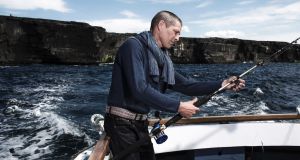 If you Google “pub jacket”, what do you get?

The answer: Inis Meáin, the Aran Island company producing fine knitwear since 1976 has become well-known abroad for one of its premier exports, the pub jacket.

Originally a knitted shirt jacket for men, it was given its new title more than 20 years ago in the New Yorker magazine by Murray Pearlstein, owner of the famous menswear store Louis in Boston and a great fan of the Irish company.

Every collection since then has included a version and, for spring 2017, the pub jacket has been revisited and updated in pure linen in several colours featuring side vents, six or eight buttons and a shirt collar.

In the meantime, this winter, Inis Meáin’s storm jacket has proved to be another stylish winner and will be reprised when they debut their winter 2017 collection in Florence next month.

This is a reworked version of the heavy-duty donkey jacket with its black vinyl shoulder patches reminiscent of Irish building labourers in the 1970s.

Sturdy enough for island wear, for hoisting baskets of turf or carrying crates of fish from trawlers, such everyday rudimentary outerwear was the inspiration for today’s more luxurious updates aimed at sophisticated city streets rather than rough seas or building sites.

A key feature is the extra layer of reverse knit on the shoulders and across the back, and the merino jacket with patch pockets and funnel neck is assembled by hand on the island and finished with Italian horn buttons.

Other sweaters, Nehru-collared shirt jackets and tunics in the collection come at a time when men’s knitwear, in general, is on an upward roll as tailoring becomes less structured, thrusting styles like the cardigan coat into focus.

Shawl-collared coats, long jackets, sweater jackets and even bomber jackets have been reworked in knit by designers internationally for a more casual but smart look that’s comfortable to wear and nonchalantly styled with a scarf or, in the case of Inis Meáin, with one of their colourful crios-style belts, a knitted bowtie or a chunky beret.

With some big brands such as Missoni charging more than €1,500 for a zippered cardigan and Berluti more than €4,000 for a chunky cashmere cardigan, Inis Meáin’s most expensive item – and their most detailed – is the storm jacket which retails at €520.

Pieces from their new collection comprising 50 menswear, 30 womenswear and 20 accessory items go on sale this month online in Matches and Mr Porter and in some of the world’s most beautiful stores – in Bergdorf Goodman in New York, Amin Kader in Paris, Manufactum in Germany, Anderson & Sheppard in London and other speciality shops in France, Switzerland, Austria and Japan.

A hard-earned Irish success story, Inis Meáin’s collections are underpinned by its island traditions and that continual interplay between tradition and innovation makes a strong design statement that is recognised and respected internationally.

The company have recently revamped their headquarters on the island to include a modern design studio.

And, next month, it will also debut a new version of the modern Aran fisherman’s sweater in collaboration with Lucy Downes’s Sphere One collection for winter 2017 at Pitti Uomo in Florence using ideas from their archival records and research.

Patterns introduced have names such as stone fence, wave, blackberry and floating moss that reflect elements of island land and seascapes, so each modern Aran sweater from Inis Meáin tells its own story.