Cracking Christmas events from carols, to drama to drag

All the best in shows and festive entertainment 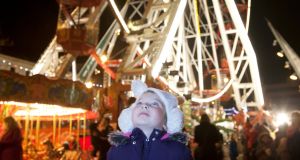 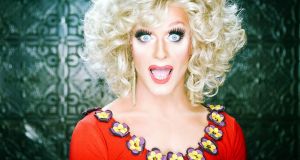 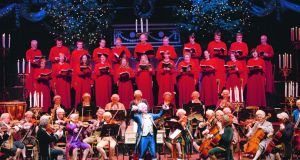 Carols by Candlelight at the National Concert Hall 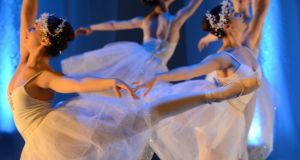 The Nutcracker, performed by the Irish National Youth Ballet 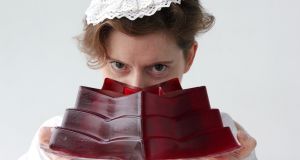 The Dead, an opera based on James Joyce’s short story, at the Project Arts Theatre

From festive music to cracking comedy and atmospheric markets, there is plenty for grown-ups to give themselves some cheer this Christmas.

For drama, jump right into the spirit of things at Smock Alley Theatre in Dublin’s Temple Bar. A Christmas Carol plays from December 8th-22nd, tickets from €12, smockalley.com. Of course it’s for kids, too, but this one promises the biggest, scariest Ghost of Christmas Yet To Come ever seen on Irish stage. You have been warned.

Revisit The Dead, an opera based on James Joyce’s short story, at the Project Arts Theatre, from December 9th-12th, with preview tickets from €15. By composer Ellen Cranitch and playwright Tom Swift, it is directed by Jo Mangan, with singers and a string quartet conjuring up the atmosphere of one of the most famous Christmas parties in literature.

Lighten the mood at the same venue on December 21st when Panti Bliss (far right) returns with High Heels in Low Places, tickets €30, after a barnstormer of a year for the performance legend and accidental activist. This gala event is in aid of Project Artists, an artists development initiative.

It wouldn’t be Christmas at all without strains of The Nutcracker stuck in your head. Get yours at the Pavilion Theatre in Dún Laoghaire, where the Irish National Youth Ballet is doing the honours from December 11th-13th, tickets from €14, paviliontheatre.ie. Ballet Ireland is taking Coppelia on tour for Christmas. Catch the comedic ballet about two young lovers and a beautiful girl who is not what she seems at the Civic Theatre in Tallaght December 3rd-5th, tickets € 20, civictheatre.ie. The tour takes in the Town Hall Theatre, Galway, on December 9th, Glór in Ennis on December 10th and on through Longford, Tralee and Navan etc until December 20th, when it is performed in the Mermaid Arts Centre in Bray.

Classics with a twist

The Dublin Gospel Choir’s Christmas Celebration is at the Civic Theatre (civictheatre.ie) in Tallaght on December 8th, tickets from €16. Guaranteed to raise your spirits, and possibly the roof, this choir has worked with artists from Rod Stewart to Ennio Morricone. Powerful stuff. Enjoy a fresh take on the story of The Snow Queen at the Townhall Theatre, Galway, from December 9th-2th, where Galway Actors Workshop is treading the boards with tickets from €8.

Make it to a Messiah

Christmas wouldn’t be the same without a performance of Handel’s Messiah and here too you have a selection box to choose from, including at the National Concert Hall, December 9th-11th, nch.ie, tickets from €20. Presented by Our Lady’s Choral Society with the RTÉ Concert Orchestra’s Proinnsías Ó Duinn holding the baton, for many Dubs Christmas starts here. Shannonsiders will feel the same about Limerick Choral Union’s Messiah at the University Concert Hall in Castletroy, accompanied by the LCU Symphony Orchestra, on December 5th, from €22, see uch.ie. In Cork, meanwhile, Cór Cois Abhann Corcaigh presents its Messiah on December 19th at the Church of St Peter and St Paul, tickets €15.

Carols by Candlelight at the National Concert Hall in Dublin offers two performances on December 23rd, tickets from €22.95. Not only is the venue bathed in candlelight but the Mozart Festival Chorus and the Mozart Festival Orchestra are swathed in full 18th-century costume, making it even more atmospheric, nch.ie. If it’s a more contemporary Christmas party atmosphere you’re after, don’t miss the Christmas Carnival at the Inec in Killarney. This year’s festive extravaganza includes performances from Kodaline, Mick Flannery and The Elvis Rocks, as well as comedy from Jimmy Carr and a variety of handy hotel packages available from the Brehon and Gleneagle hotels next door, inec.ie.

Don’t forget to make an event of your Christmas shopping. Hitting the gluhwein always makes the decision-making process easier – as in, of course they’ll love these reindeer antler ear warmers. The I Believe in Christmas Village (ibelieveinchristmas. ie) runs until December 23rd at the Custom House Quarter in Dublin. A feast of food, drink, craft and, em, horticulture, it’s centred around a giant Christmas tree donated by Coillte. Entry is free and there is a Scandinavia-themed bar.

Glow Cork (corkchristmascelebration.ie) is the place to be for fairy lights and ferris wheels in the south while Waterford’s Winterval (winterval.ie) has everything from Viking Yuletides to Polish Christmas celebrations.

What will €330,000 buy in Croatia, France, Hawaii, Scotland and Clare
Real news has value SUBSCRIBE