Returning emigrants may be asked to pay a hefty premium for car insurance, but there can be ways around it 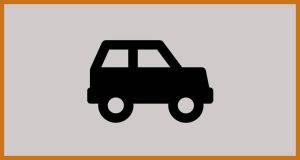 This article forms part of the Returning to Ireland guide by The Irish Times, with information on jobs, housing, health and education, and advice from Irish emigrants who’ve already moved home.

If you have a foreign driving licence you may need to exchange it for an Irish one when you return home.

Typically, you will need to get an Irish licence if you have been living here for 12 months or more, or it may be prudent to get one earlier if it makes it easier to shop around for car insurance.

Depending on where you lived, you may find it a straight forward experience. If, for example, you lived in an EEA country, Australia, Switzerland or South Africa (for a full list see citizensinformation.ie), you can exchange your licence for €55. The Irish Government has recently done deals with some regions in Canada also.

If however, you lived in a country which does not have an approved exchange process with Ireland, you will have to go through the application process in Ireland, starting with a driver's theory test.

Another problem you may face when you come home is getting a competitive price on car insurance. While the introduction of the Gender Directive in 2012 has pushed the cost of insurance for men down (and women up), if you've been away for more than two years, your no-claims bonus will likely have expired.

According to Michael Horan of Insurance Ireland, while there is no explicit standard practice, no claim discounts (NCDs) are generally valid for two years after expiry of a policy.

This means that if you've been away for longer than two years, you will likely be stuck paying a hefty premium for your car insurance. However, there may be a way around it.

According to Horan, if you can produce confirmation that you have been continuously insured in your own name and were claims free while away, this may be taken into consideration by the insurer.

“A letter from the overseas insurer to the policyholder confirming that he/she has been continuously insured in their own name and claims free while away would generally be required,” he says.

If you didn't have insurance while away or can't access such a letter, you will likely face exorbitant prices.

For example, as the table below from Chill.ie shows, a 30-year old woman with five years no claims bonus can get insurance for €551.05 in Dublin. However, if she has no such bonus, the cost of insurance soars by almost 250 per cent to €1,923.87.

This article forms part of a new Returning to Ireland guide by The Irish Times, with information on jobs, housing, health and education, and advice from Irish emigrants who’ve already moved home.

Details are correct at the time of update on May 25th, 2016, but readers are advised to check the official websites linked to in the guide for the most up-to-date information.