Dear New Dáil: What you can do to bring emigrants like me home 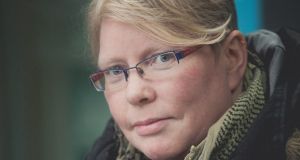 Vanessa Monaghan from Co Meath now works for a media company in Westminster in London.

I’m one of the tens of thousands of emigrants forced to leave the country to look for employment by your predecessors. I now work in a media company in London.

I would like to return to Ireland in the future but there are a few things you can do in your government term to make things better, to entice me, and other emigrants like me, home.

Lowering taxes and getting rid of the universal social charge isn’t one of them, nor is getting rid of water charges. In London I pay for these and I have no problem with them.

Housing is an important issue for me. I’d love to return to Dublin but rents are high and no matter how much I save, I wonder if I’d ever have enough for a deposit to buy a house in Dublin.

If I managed to get the money together, it would be for a small place in the surburbs. But you need to increase spending and ensure there’s a proper public transport system. More than two buses an hour would help, thanks. Otherwise I’d need to buy a car, and pay road tax and high insurance, which is something I don’t need here in London as we have a transport system that works.

The way Ireland treats its homeless is appalling, and seeing city centre deaths on news headlines when I’m away from home leaves me sad. We need to ensure people are safe, that they have somewhere safe to sleep.

I’m pleased Ireland is talking more about mental health. I’d love to see proper mental health resources in medical centres, alongside services for physical ailments. Here, in London, once you’re referred by your GP, many treatments and resources can be accessed locally.

As a woman, I guess you know what’s coming next. We need to repeal the eighth amendment. It’s not up to you to decide what reproductive rights any woman has, a woman’s body is not your property. It’s torturous to think that you expect a woman to carry a child that has a fatal foetal abnormality. This isn’t an issue here in the UK, where easy access to abortion can help women in this situation from further emotional distress. Looking back to Ireland from here is like taking a time machine to an archaic land.

Marriage is equal in Ireland and gay couples now have the right to adopt children. As one of the thousands of people whose lives this affected, I was so proud to be Irish and proud to be considered equal following last year’s referendum. But I wonder where these children, and the children of non or different religious backgrounds, can get their schooling? It’s ridiculous that in 2016, 97 per cent of our schools are still controlled by the Catholic church.

This is a wish list of things you can do to bring Ireland closer to the rights and lifestyle I have become used to since I had to emigrate.

Vanessa Monaghan presents and produces a weekly radio show The London Ear, broadcast on RTE 2XM, bridging the musical gap between Ireland and the Irish community in London. She reads this letter on this week’s episode of The Irish Times Women’s Podcast.