It costs HOW much?? International school fees compared

Cost of sending a child to international school varies by up to $2,464 per month 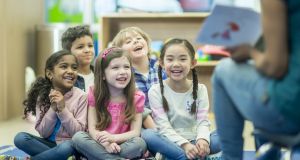 The cost of educating a child at an international school varies considerably, depending on location. A new survey shows just how big the difference can be.

Based on the fees charged for a six-year-old to attend such a school, often favoured by expats for their multi-lingual teaching, the most expensive city among 25 worldwide locations analysed by the International Schools Database is Shanghai in China, where monthly fees are an average $2,783 (€2,553).

In comparison, the fees for a junior school pupil at St Andrew’s College in Booterstown, Co Dublin, accredited by the Council of International Schools, are €8,290 per year, or €690 ($750) a month.

The second, third and fourth most expensive cities, according to the research, are Zurich ($2,057), Geneva ($1,863) and Lausanne ($1,813). The most expensive overall country in the world in which to send a six-year-old to an international school, among those surveyed, is Switzerland.

At the lower end of the cost scale, there were some surprises among the cities offering best value. Those considering an international school education for their child and also planning a move, could find the best value in Capetown, where monthly fees cost an average of $319, Copenhagen ($345), Riyadh ($411), Kuala Lumpur ($492) and Amsterdam ($495).

The International Schools Database is a new website linked to Expatistan.com, which collects information from expats around the world to calculate the cost of living between countries.

In deciding which cities to include in the analysis,co-founder Andrea Robledillo said: “We included in the comparison all the cities that we cover in the International Schools Database which have seven or more international schools.

“We intend to cover the top 40 or 50 cities for expats in the world, but the research we must do for each city takes time. We have managed to include 32 cities so far, prioritised by which ones are more interesting for expats.”

The analysis also looked at the cost of international school as a percentage of rent price paid, based on monthly rent for a renovated 58sq m furnished apartment, “in an expensive area of the city”, as calculated by Expatistan.com.

In Shanghai, international school fees are more expensive than rent by 37 per cent, based on the average rental cost of $2,027 per month and school fees of $2,783.

“If you’re an expat in Shanghai and have to shoulder the full cost of schooling yourself (instead of as part of an expat package , for example), don’t expect to have much disposable income per month,” the report cautions.

In Ireland, by comparison, the monthly fees for a child attending St Andrew’s junior school are 35 per cent less than rental costs, based on monthly fees of $750 and rent of $2,109.

Private school fees in Copenhagen are low, even though Denmark is an expensive country to live in, “because government-approved private schools, including international schools, often receive the same amount of government funding as public ones”, the report says.