With reproductive rights from Victorian times, how could I move back to Ireland?

I was cared for by the NHS, because people fought for my right to make that decision 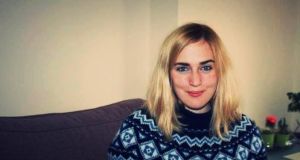 Maev McDaid: ‘If I choose to have my own family, I don’t want them growing up in a place that denies them the right to make decisions about their own bodies.’ 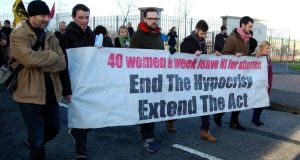 People ask me if I would ever move back to Ireland, and though I am proud to be Irish in many ways, sadly I answer no. As a woman, I feel I am a second-class citizen there - why would I and others like me move back?

Last week, in a move which Amnesty International has condemned as “a betrayal of women and girls”, the Stormont government in the North voted down very modest amendments to the Justice Bill to allow for abortions in the case of fatal foetal abnormalities.

The law stays unchanged since 1861. Those who seek a termination, and even their friends and family, face lengthy prison sentences for procuring abortion pills, while in the rest of the UK access to reproductive healthcare is a hard-won right, fought for by a generation of forward-thinking activists.

If I choose to have my own family, I don’t want them growing up in a place that denies them the right to make decisions about their own bodies.

I have always been pro-choice; ever since I knew what it meant. Despite being from a place where abortion is illegal, it is not uncommon, just very stigmatised. The pro-choice movement is small but growing. Most people of my generation know some of the thousands of women, trans and non binary folk who have travelled to England to have abortion. The secrecy, shame, expense, and stigma of their experience is unacceptable.

For many, it’s not even affordable. An increasing number are choosing to buy the abortion pill online, and often have to go through the procedure alone and without support.

It’s not uncommon to hear politicians across the island, especially those demanding foreign investment, lamenting the drain of young, talented people out of Ireland, North and South. They are less keen to acknowledge the dreadful journeys of vulnerable people who “get the boat” so they can have a safe termination across the sea.

In England, the right was successfully won and became law after 1967. As a result, more groups than ever are now ready to defend that right. Among Irish people living in Britain I have found overwhelming support for the right to choose. Yet many Irish politicians still justify a law that is over 150 years old. To have had no change in all that time really makes you think - where is the progress? Is it any wonder so many young Irish people are staying abroad?

Even the recent election of a young SDLP leadership that promised progressive politics has changed nothing towards modernising reproductive rights. How can they claim to be a party of civil rights and deny the rights of bodily autonomy? Sinn Féin too has failed; in the Republic they pose as a progressive alternative to the pro-austerity coalition, but in the North they are not prepared to support full abortion rights. We urgently need young leaders in Ireland, but we certainly don’t want them to have the same old oppressive ideas. The promise of a political renewal remains unfulfilled.

Unwanted pregnancies will always happen. I used two forms of contraception. I got pregnant. I was living and teaching in Chile where abortion is also illegal. The abortion pill I ordered online was seized at customs so I flew back to London. Most don’t have that luxury.

I was cared for by the NHS, because people fought for my right to make that decision. It was an easy choice for me to make, but going public with it was very difficult because of the stigma around the issue where I come from. It was certainly hard to know I was not able to have this medical procedure at home because if I did, I could face criminal law. It was also isolating not to be able to talk to many people close to me about my decision.

Across Ireland, people have to break the law, suffer social exclusion, or injure themselves in order to acquire an abortion. And some die. We should be supporting them, not criminalising them.

A recent Milward Brown poll for Amnesty International found 60 per cent of people thought Northern Ireland should make access to abortion available where the foetus has a fatal abnormality, and 69 per cent agreed with it where the pregnancy was a result of rape or incest. Amnesty has called for full reproductive rights to be brought into law, in accordance with international human rights standards. We urgently need referendums on abortion across Ireland, to enact a law that reflect the views of the population.

We know abortions will happen whether they are legal or not, and denying women access endangers them. Ireland needs politicians who are prepared to show true leadership to modernise the country, and take heed of pro-choice and human rights organisations demanding an Ireland that treats women as equals.

Maybe then, more people like me could move back home.

Maev McDaid is studying for a PhD in Sheffield on Irish migration and campaigns for abortion rights across Ireland. She tweets @maevomc.