Living in Liverpool: a diverse, friendly yet anonymous city

Why I love living in... Liverpool 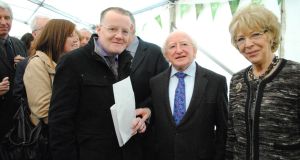 I love living in Liverpool for many reasons. The people are warm and friendly, with their legendary Scouse sense of humour. They have a huge affection for the Irish, reflecting the fact that many of their own ancestors came from Ireland to the shores of the Mersey, often so many generations ago that Scousers may not be aware of where in Ireland their ancestors came from.

I find them to be a very non-judgemental people, who know what it is like to fall on hard times and work your way back up again, but who are willing to stop at nothing in the face of injustice, as the Hillsborough 96 campaign has shown in such a moving manner.

I also love living here because of the range of attractions, from the many parks to the World Museum, Walker Art Gallery, Museum of Liverpool, Museum of Slavery, Maritime Museum, and the Tate Gallery.

Though it is the only English city whose population has fallen since the second World War - reflecting both the decline of the docks which were major employers for so long, and the fact that so many were rehoused in the outlying boroughs such as Knowsley and Sefton - it is definitely on the way back up now, with considerable construction and commercial development.

I also love the fact that Liverpool is a city at ease with its diversity. While it has a long history of division between the “Orange and Green”, the days of sectarian conflict are gone. Liverpool is often described as a “Catholic city”, as Catholicism has a much greater presence than in any other English city, but the churches work closely together in helping the homeless and deprived.

It is coincidental, but nonetheless symbolic, that Hope Street links the Anglican and Catholic cathedrals, whose partnership has become known the world over. However, the ecumenical spirit has widened to embrace co-operation with the Baptist, Methodist and United Reformed Churches, the Salvation Army and Afro-Caribbean churches.

At major civic events, there is also representation from not just the main Christian churches, but the Baha’i, Buddhist, Hindu, Jewish, Muslim and Sikh communities, something which has the full support of the Christian bodies.

Liverpool also has the oldest Chinese community in Europe, and one of the oldest black communities; some black families in the city can trace their roots back almost 200 years. There is, of course, a large mixed-race population, many of whom have some Irish ancestry.

I also love living here because, while it is a very friendly city, it also provides anonymity. I enjoy being able to walk the streets without being recognised. Those who know me from Ireland will recognise that this is a total change in outlook from someone who used to enjoy being the big fish in the small pond, but redundancy and associated events were to profoundly change my outlook in this regard.

For the two years from being made redundant in 2009 to moving to Liverpool two years later, I felt shame at being unemployed. Unlike others who were made redundant in the recession, I knew I could not blame anyone but myself for having left the brilliant job I had in London.

The subsequent closure of my employer, Offaly Express, underlined that there was not going to be any work for me in Offaly anyway.

In Liverpool, by contrast, I felt able to start with a clean slate without the stigma I felt in Ireland. Yes, I still feel a huge sense of guilt over the suffering I caused my family by returning (against their advice) to Ireland from London, but at least I am working again now for a homeless charity and slowly starting to rebuild life.

My search for better work may take me to other British cities, but I will always feel enormous gratitude to the people of Liverpool for the warmth of their welcome.