It’s tempting to leave Brussels, the city that has become home

The city has a big heart that beats steadily on, despite the recent atrocities 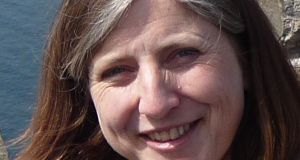 Anne O’Brien: “More than a week on from the atrocities, there is a quiet stoicism about the Belgians – probably the same stoicism that saw them through occupation.”

Last year I wrote a piece for Generation Emigration about living in Brussels. I described how I dreamt of Dublin, of being buffeted by the wind crossing O’Connell Bridge, of hearing the screeching of seagulls that ride the air currents over the muddy Liffey, and how, after half my life living in Brussels, I longed for home.

I still long for home, but the events of the past 10 days have turned my view inward to this city. I realise Brussels is home too, not just to me but to the many nationalities that live in this crowded city, in peace, almost all the time.

The victims of the attacks at Zaventem airport and the Maelbeek metro station came from more than a dozen countries. Brussels had accepted them all.

The terrorists chose their locations carefully. As the names of those who lost their lives continue to be released, we witness a random selection of the many nationalities that make up Brussels. The ripples of hurt have spread wide from Belgium to the Netherlands, Sweden, Italy, the UK, as far west as Peru, as far east as China. In parallel, the police post close-up pictures and videos of the third airport terrorist suspect, still on the loose. In the grainy security camera footage his face is obscured by the sort of hat your dad would wear gardening, and a pair of oversized glasses. Sightings of “l’homme au chapeau” continue to pour in. He is everyone, he is no one.

More than a week on from the atrocities, there is a quiet stoicism about the Belgians – probably the same stoicism that saw them through occupation. The call went out for O-negative blood and people queued for hours to donate. As a Belgian friend said, “Il faut faire quelque chose.” You have to do something.

The city is still strangely quiet, despite the reopening of the EU institutions this week. Black bows draw together the rain sodden flags draped from the windows of my elderly Belgian neighbours. For the first time in the 25 years I have lived here, I think of hanging a flag from our house too. You notice the lack of aircraft, and the streets in the leafy suburb where I live are empty. It feels like Brussels is waiting for something to happen but I don’t know what. The arrest of Salah Abdeslam was supposed to be the end.

Last weekend we left Brussels and headed across the border to the French coast. I needed the sea, an open landscape, the taste of salt on the wind. Brussels felt claustrophobic, even though the streets were deserted. We had been due to leave Belgium on holiday for Easter, but all our flights were cancelled.

The further we drove, the better it was and the feeling grew that I could leave it all behind. On the first night back home, my own voice woke me from a nightmare of our house going up in flames, “Moi,” I shouted out in my sleep, “Je ne comprends rien.” Me, I understand nothing.

Maybe my Belgian friends and neighbours understand more, in a certain way they have seen it all before. Perhaps in a few weeks they will once again sit side by side on terraces in front of cafes, sipping a coffee never served without its spiced shortcrust speculoos biscuit or a square of good chocolate. They’ll watch the world go by as feet from every continent tread the cobbles, on streets that have seen too many wars.

The sign reading “Brussels, the Heart of Europe” which greets passengers arriving at the airport used to make me cringe. Now when I next see it, I will stop and think of how this little overcrowded country, only half the size of Ireland with more than twice its population, squashed between powerful neighbours, has indeed a quiet, big heart that hopefully, despite everything that has happened, will beat steadily on.

Coronavirus: ‘you may have heard of a game called Plague Inc’
4

Coronavirus: 16 tips to help you cope in the new world we live in
5

Is it a good idea to move in with my partner now, or am I mad?
Real news has value SUBSCRIBE