Tax-free salaries and low-cost petrol are a huge plus, but rent and education are pricey 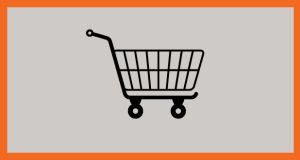 The good news is that if you move to Bahrain, Qatar, the United Arab Emirates or Oman, you won’t have to pay any taxes on your income. Yes, you read that correctly. It may be hard to imagine in a world of universal social charges and property taxes, but if you earn €60,000 in one of these states, you get to keep €60,000.

This means that a single person earning €35,000, will get to keep all of their money in Qatar, Saudi Arabia and the UAE, while in Bahrain, net income would be €34,650. In Ireland, your net income for the same salary would be about €28,442.

Expensive cities
The price of this tax-free munificence is a higher cost of living. According to the 2016 Worldwide Cost of Living survey published by the Economist Intelligence Unit (EIU), Dubai is the 68th most expensive city in the world. Abu Dhabi is 56th, Bahrain is 86th, Doha in Qatar is 94th,

Dearbhalla Baviera, who spent three years living in Abu Dhabi, says groceries, cars and petrol were all inexpensive, as was domestic help, which most people have. But accommodation and education were “hugely expensive and need to be an important part of contract negotiations”, she says, noting that these expenses are akin to an indirect tax.

Another consideration is that many families head back to Ireland for the hot summer months, which can mean costly flights. “Flights during school holidays skyrocket!” says Baviera. There may also be the additional cost of a short-term rental at home.

Andrea Linehan, who lived in Oman for 10 years, also found the country expensive, especially for rent, alcohol and eating out in restaurants.

“However, cars are cheaper, utility bills are very reasonable and there are a number of services that you do not pay anything for, such as rubbish collection,” she says.

In Riyadh, the cost of living is “considerably lower” than Ireland, “anything from 30 to 60 per cent depending on your requirements”, according to Noel Scanlon, who lived there for two years.

“Groceries and eating out are significantly lower in Saudi Arabia, and also less than neighbouring Gulf countries, and there are lots of good supermarkets like Carrefour, Lulu and Tamimi,” he says.

This, combined with fewer outlets at which to spend your money, means you save a lot of money or pay off debts, he adds.

According to Bernard Creed, who has lived in the UAE for 10 years and is chairman of the Irish Business Network, Dubai is expensive but costs can be mitigated by commuting longer distances and availing of cheaper accommodation.

Opening a bank account can be a painful experience. In Bahrain for example, you will need to have your visa, as well as a lot of paperwork. Opting for a branch of an international bank, such as HSBC  or Citibank, may make it easier to transfer money home. You may also be able to open a euro-denominated account, which helps to protect against currency fluctuations.