Australia will abolish a its 457 temporary work visa popular with foreigners and replace it with a visa requiring better English-language and work skills, Prime Minister Malcolm Turnbull said on Tuesday (April 18). 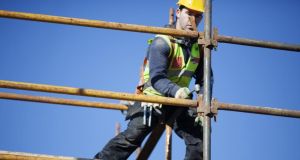 The 457 visa has been particularly popular with Irish construction and healthcare workers.

Australia is to scrap its skilled 457 visa programme which has allowed tens of thousands of Irish workers to immigrate to the country in recent years.

Making the announcement on Facebook on Tuesday, prime minister Malcolm Turnbull said he was “putting Australians first” by giving them priority for jobs currently open to overseas workers.

The 457 visa, which allowed skilled foreign workers and their partners and children to live in Australia for up to four years if sponsored by an employer, was designed to fill labour shortages in the Australian economy.

Since the economic crash in Ireland in 2008, the 457 visa has been particularly popular with Irish construction and healthcare workers looking to move to Australia.

As the economy has tightened - particularly in Western Australia where the mining industry has contracted considerably - the programme has come under fire, especially from unions and opposition leaders who claim it is prioritising foreign workers for jobs over Australians.

The 457 visa will be replaced with a two or four-year Temporary Skills Shortage (TSS) visa in March 2018, Mr Turnbull said.

Current arrangements are to be “grandfathered”, meaning people already holding 457 visas will be unaffected by the changes.

Those with applications in the system whose visas have not yet been approved will be subject to new rules, however.

As of Wednesday April 19th, the number of occupations eligible for the new TSS visa programme will be reduced from 651 to 435, with caveats on a further 59, and the threshold to qualify will be raised. Other restrictions and conditions will be introduced on a phased basis until the 457 visa is abolished completely in March 2018.

“We’ll no longer let 457 visas be passports to jobs that could and should go to Australians,” Mr Turnbull said.

The new TSS visas “designed to recruit the best and the brightest” will still allow businesses to “get access to the skills they need to grow and invest”, he added.

There has been a significant drop in the number of Irish applying for 457 visas in the last two years, as emigration from Ireland has fallen and the Australian economy - particularly in Western Australia - has tightened.

New South Wales and Western Australia are the most popular destinations for Irish workers on these visas.

David Greene, a Brisbane-based lawyer and president of the Queensland chapter of the Irish Australian Chamber of Commerce, said the changes will have a major impact on future skilled migration of Irish people to Australia.

“The people who will be affected are those who have just graduated from university and don’t have the required work experience, or others from a trades background who might have years of experience but no formal qualifications. These people would have relied on employer nominations in the past, and won’t be eligible for the new temporary visas. They will struggle now,” he said.

“If Ireland is unfortunate enough to have another economic collapse, and another generation of Irish people are trying to find a home in Australia, then is when we will see the real impact of these changes.”

Narelle Ballard of Arrive Australia, a Sydney-based migration agent run by Irishman John McQuaid, said the office was inundated with calls after the announcement was made on Tuesday.

“People are extremely concerned about their situation, especially if they are in the system having made an application, but are still waiting on a decision,” she said.

“Anyone with an application currently in the system, or who has a visa which is close to expiry, needs to take a close look at these changes to see if their occupation has been removed from the list, or if there is a caveat applied which could affect their application.”